Airbus is to offer a Tranche 5 standard of the Eurofighter combat aircraft to replace Germany’s fleet of Panavia Tornados, a company official said on 9 December. 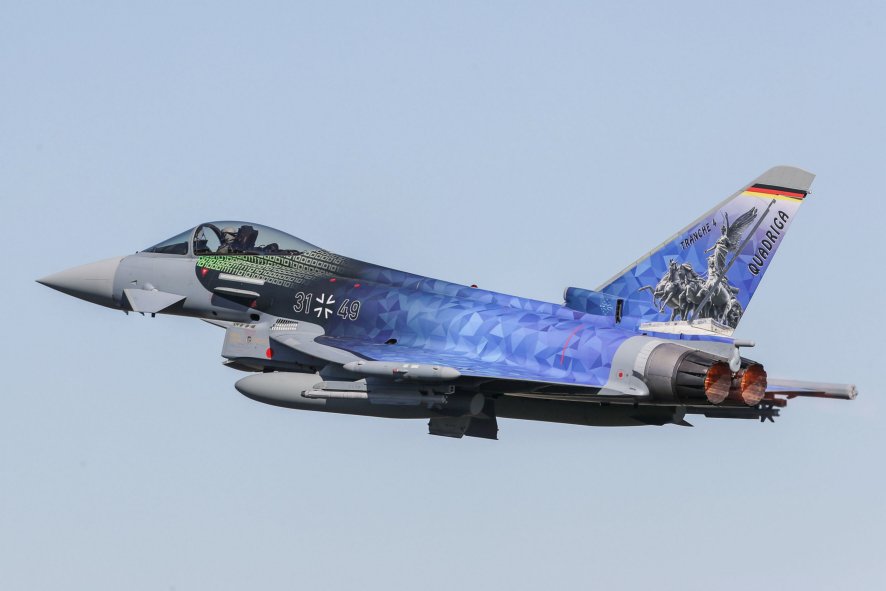 Speaking at the company’s annual TMB, Airbus noted that it is to offer a Tranche 5 standard of the Eurofighter for Germany’s Tornado replacement programme. This standard will comprise the latest Tranche 4 (pictured) with additional LTE improvements. (Airbus)

Speaking at a virtual running of the company’s annual Trade Media Briefing (TMB), the head of combat aircraft business development, Wolfgang Gammel, said that this future standard will be offered to the Luftwaffe as the service looks to replace 90 Tornado Interdiction and Strike (IDS) and Electronic Combat Reconnaissance (ECR) aircraft with 85 new aircraft from 2030.

As noted by Gammel, this Tranche 5 standard will take the E-Scan active electronically scanned-array (AESA) radar, as well as defensive aids and human-machine interface (HMI) enhancements included in the latest Tranche 4 under contract for Germany (Project Quadriga) and Spain (Project Halcon), and add some or all of the upgrades being developed for the Long Term Evolution (LTE) package.

First unveiled at the Paris Airshow in June 2019, the LTE plan aims to take the aircraft’s capabilities out to beyond the performance enhancement packages that are being rolled out across the partner countries of Germany, Italy, Spain, and the United Kingdom. An initial 19-month study contract for the aircraft and nine months for the Eurojet EJ200 powerplant were launched at that event.

The technology areas being explored for the LTE include mission system architecture, defensive aids, the HMI, operational flexibility, and engine performance.