Airbus is pitching its H175 as a potential replacement for the United Kingdom’s fleet of Royal Air Force (RAF) Westland-Aerospatiale SA 330E Puma HC2 medium-lift helicopters in the 2025 timeframe. 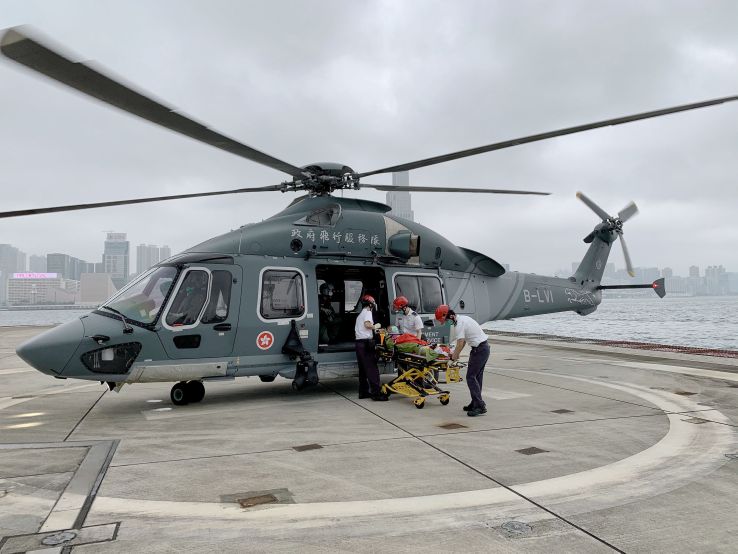 Airbus is pitching its H175 as a potential Puma HC2 replacement for the UK in the 2025 timeframe, noting industrial benefits for the country in developing a military variant of the helicopter. (Airbus Helicopters)

Speaking at the virtual Royal Aeronautical Society Next-Generation Rotorcraft Conference, Jerome Combe, Portfolio Policy & Strategy at Airbus Helicopters France, said that while the company’s NH90 and H225M platforms would suit the capabilities required of any UK Puma replacement effort, the H175 would also provide industrial opportunities for the country.

“We know that in the UK there are questions about a Puma replacement,” Combe said on 21 January. “There are two ways to look at it – either the UK will push for a capability requirement, and I think that both the [NH90 and H225M] would be the perfect ones [in that case], or if the UK had in mind the national cost [benefits] I think that [the H175] could really offer a huge opportunity for UK content in the design of the [military variant of the] platform, [which it could] also export. So, I think it is good to have it in mind that the H175 could play a role.”

The RAF currently fields 23 Puma helicopters that were upgraded to the HC2 standard in the mid-2010s. With the airframes themselves dating back to the early 1970s, these helicopters are slated for retirement in 2025 with no replacement planned.

Airbus is pitching its H175 as a potential replacement for the United Kingdom’s fleet of Royal Air F...