Airbus goes on offensive over ‘too Chinese' H175 offering for UK

Airbus has hit out over claims that the H175 platform is ‘too Chinese' for the UK's New Medium Helicopter (NMH) requirement, releasing an image of the first airframe to be wholly built in Europe from European-sourced components. 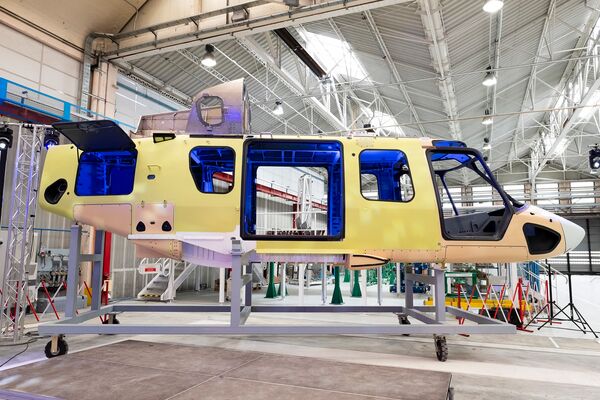 The first H175 airframe to be built with no Chinese content could be the first to be delivered to the UK Ministry of Defence if selected for the New Medium Helicopter requirement. (Airbus Helicopters)

The image released on 14 June shows the main fuselage of an H175 partway through assembly at a facility in France that has been built “entirely free of any elements sourced from China”, according to Airbus The company went on to note that this has been achieved “as the result of a project that has been underway for the past five years capitalising on European aerostructures capability”.

“Contrary to the misleading implications from our competitor, the H175M is, as you can see, most certainly not a ‘paper aircraft'. We have built the first airframe using a supply base completely compliant with Western military requirements and we have identified multiple supplier sources who can provide the last two components of the complete helicopter which need to be replaced,” UK managing director for Airbus Helicopters Colin James said. “The H175M is […] fully capable of fulfilling the UK's NMH needs, and of becoming a sustainable UK export product with the potential to resurrect the capacity and capability of the country's helicopter industry,” he added. As James noted, there are currently 26 civil variant H175s employed in the North Sea offshore oil and gas business.

James' comments came about two months after he briefed Janes

Airbus has hit out over claims that the H175 platform is ‘too Chinese' for the UK's New Medium Helic...