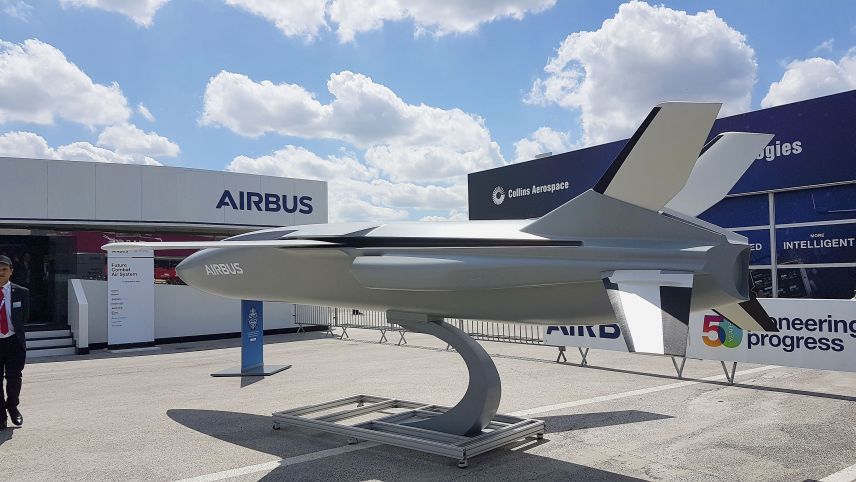 Remote Carriers will be a core component of the Future Combat Air System being developed by Germany, France and Spain. A conceptual model was displayed by Airbus at the Paris Air Show in 2019. (Janes/Gareth Jennings)

The event during the Luftwaffe’s Timber Express exercise over northern Germany and the North Sea, announced by the company on 30 July, saw national Eurofighter and Panavia Tornado aircraft demonstrate interconnectivity with an RC network using the Link 16 datalink.

“During the exercise, the Remote Carriers, which currently use the Compact Airborne Networking Data Link (CANDL), were successfully connected to Link 16, the operational tactical datalink of the armed forces. The Remote Carriers were not only visible to all tactical combat aircraft of the [German] Air Force, but could also receive and execute orders without the need for technical modifications to the aircraft,” Airbus said.

As noted by the company, this event was followed up with a demonstration of RC interoperability with the NATO concept of Co-operative ESM Operations (CESMO); a reconnaissance network spanning several branches of the armed forces aimed at locating threat systems in the electromagnetic spectrum in real time.