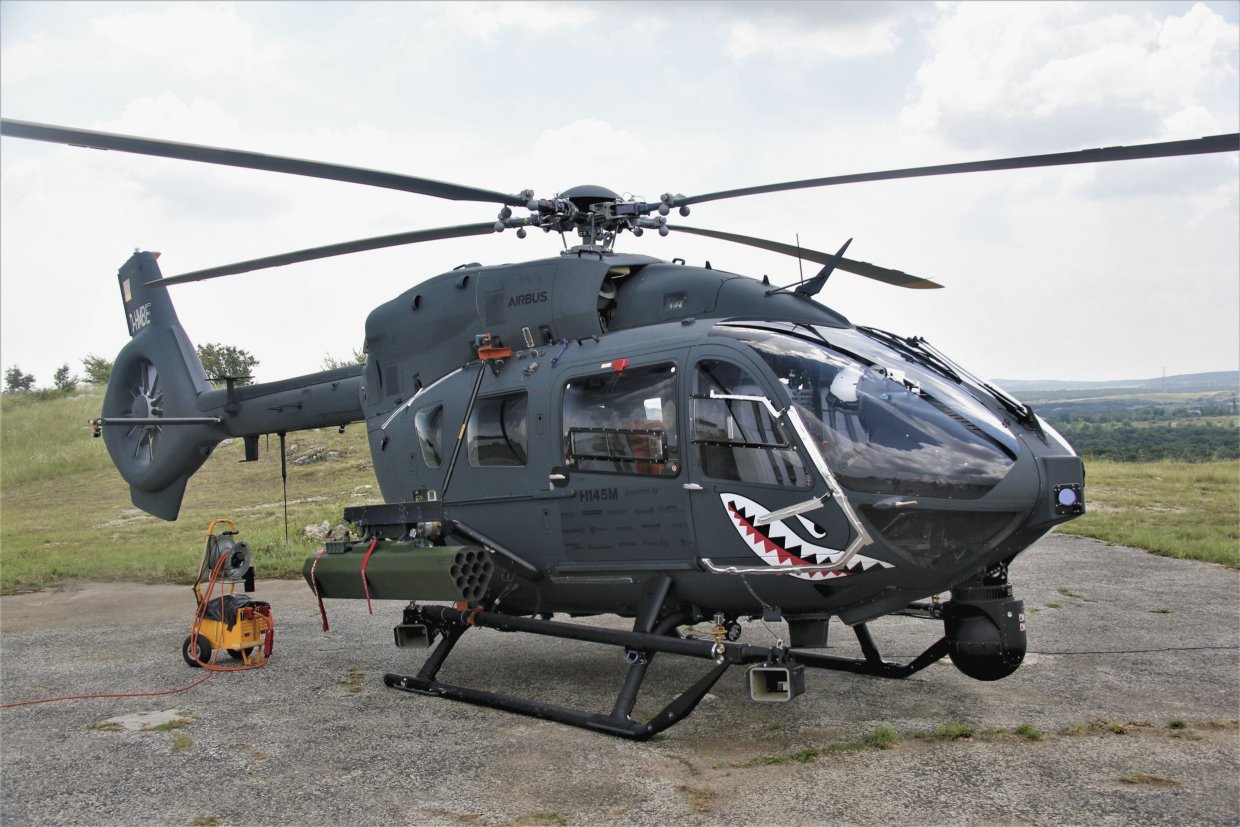 A company-owned H145M demonstrator that has been equipped with the HForce GWS currently being retrofitted to Hungary’s fleet of 20 helicopters. (Janes/Gareth Jennings)

The manufacturer announced on 18 December that three of the 16 helicopters so far delivered under the Eastern European nation’s Zrínyi 2026 military development programme have been retrofitted with the HForce GWS.

“They are fitted with the HForce weapon management system developed by Airbus Helicopters, which allows Hungary to equip and operate their aircraft with a complete range of ballistic or guided weapons,” Airbus said. With 16 H145M helicopters now based at Szolnok, the Hungarian Air Force will begin training with the HForce in June 2021, with its operational use slated to begin the following month.

Airbus Helicopters has subdivided the HForce GWS into four different options, depending on the customer’s requirements: Option 0 – the helicopter is provisioned for the HForce GWC for later retrofit, but not yet equipped with it; Option 1 – Ballistic firing with HMSD (this includes pilot HMSD, as well as the integration of a combination of 12.7 mm HMGPs, 20 mm cannons, and unguided rockets); Option 2