US Africa Command (AFRICOM) estimates that there are 5,000 Syrians fighting for Libya’s Government of National Accord (GNA) and another 2,000 fighting for the rival Libyan National Army (LNA), according to a US Office of Inspector General (OIG) report released on 28 August. 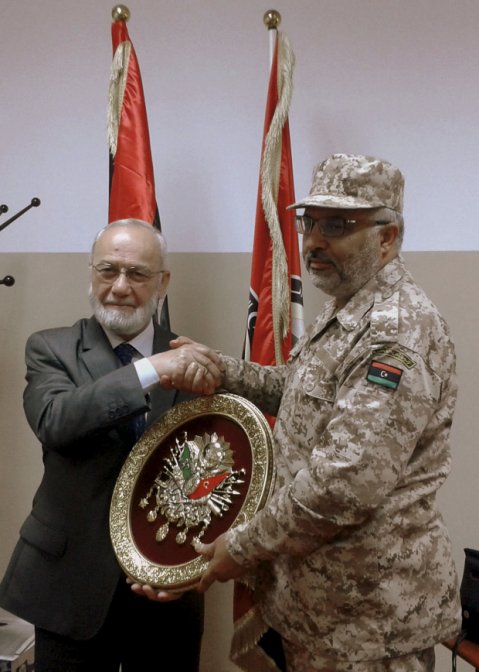 Adnan Tanriverdi (left) in Tripoli in 2013, when Sadat said it was assessing the requirements of Libya’s armed forces. Tanriverdi told Anadolu Agency in 2016 that his company had yet to secure a foreign contract. (Sadat International Defense Consultancy )

AFRICOM told the OIG that the Syrians fighting for the GNA are paid and supervised by “several dozen” military trainers from a Turkish company called Sadat, which also trains GNA-aligned militias.

AFRICOM also said the “approximately 2,000 Syrian mercenaries” fighting for the LNA are “sponsored” by Russia. The OIG report noted that this number is a significant increase on the previous estimate of 300-400 and that the estimated number of employees of the Russian military company Wagner in Libya had also increased from 2,500 to 3,000.

The deployment of advanced military capabilities across the Eastern Mediterranean requires new and b...

Damascus capitalises on US withdrawal from northeastern Syria

The Syrian Arab Army (SAA) has launched a three-pronged move across Kurdish-controlled territory in ...