Advances in supercomputing technology during the past 20 years are one of multiple reasons that the US Defense Advanced Research Projects Agency (DARPA) is confident that it can succeed in its Control of Revolutionary Aircraft with Novel Effectors (CRANE) active flow control (AFC) programme.

Alexander Walan, CRANE programme manager, told Janes on 4 December that computational fluid dynamics (CFD) codes had improved in the past 10 years. This enables engineers to better leverage computers to verify designs and effects, and spot checks in wind tunnels. Engineers can now use high-powered computing to perform these tasks in a more economical fashion. 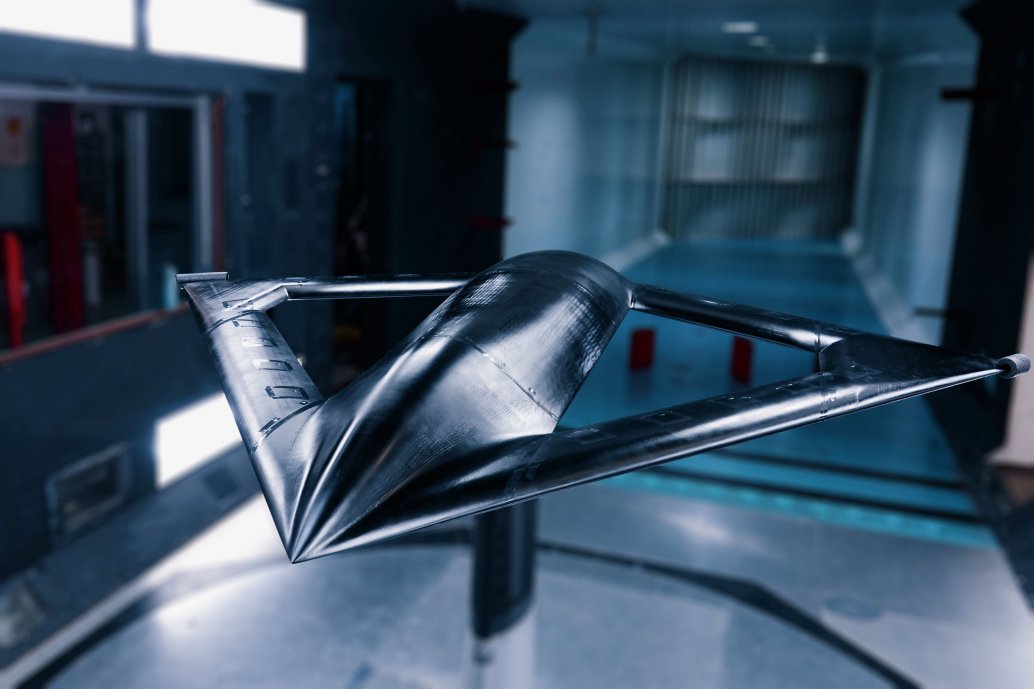 This coplanar joined-wing model is indicative of several aircraft configurations, conventional and unconventional, that Aurora Flight Sciences and Boeing may explore under the CRANE programme. The effort’s objective is to demonstrate substantial efficiency benefits of active flow control and improvements in aircraft cost, weight, performance, and reliability. (Aurora Flight Sciences)

Academic research during the past 20 years has weeded out less practical AFC solutions while focusing on the most promising applications. Walan said that academic research had explored different effectors and hardware, some of which had proven to be more robust than others. This has resulted in a once wide-open trade space being reduced to three or four main technical lanes.

Walan’s third reason for optimism is that industry advancements in building smaller unmanned systems provides a better opportunity for a more affordable demonstration than found with traditional experimental aircraft (X-plane). DARPA, he said, did not mandate any of its CRANE aircraft to be unmanned, but that the size, complexity, and cost seem to be moving toward unmanned aircraft. “I think those three things kind of set the stage for why now is a good time to do a full scale demonstration,” Walan said.

Advances in supercomputing technology during the past 20 years are one of multiple reasons that the ...