An Airbus A400M transport/tanker aircraft has conducted a 'wet' air-to-air refuelling (AAR) contact with a helicopter, it was announced by the French Direction Générale de l’Armement (DGA) on 19 August. 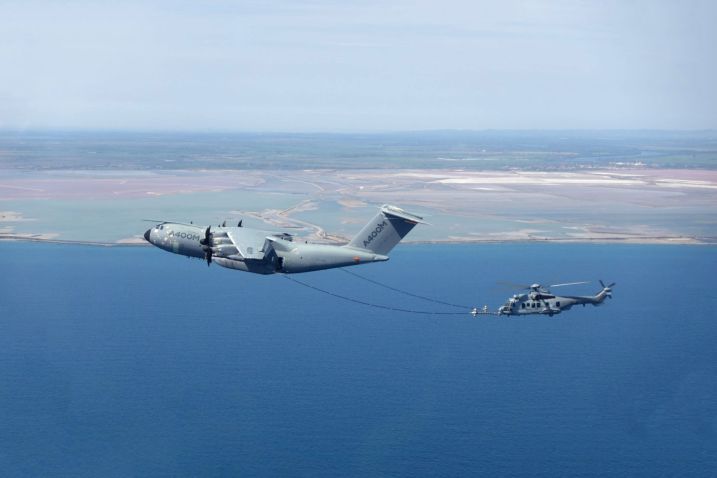 ‘Wet’ aerial refuelling contacts between an A400M and H225M helicopter were made for the first time during trials in late July, the DGA announced on 19 August. (DGA)

The test campaign, which was actually flown from 20–31 July, and involved an A400M test aircraft commenting with a French Air Force Airbus H225M Caracal helicopter from 1/67 ‘Pyrénées’ squadron. The trials were aimed at assessing the two aircraft flight envelopes and the performances of the refuelling system, and showed that fuel could be transferred from the A400M to the H225M.

Up to now, only ‘dry’ contacts between the A400M and helicopters had been conducted in September 2019.