Documents obtained by Janes on 3 June show that two contracts were signed on 19 March, with delivery of the recently developed rotorcraft expected to be completed by January 2023. 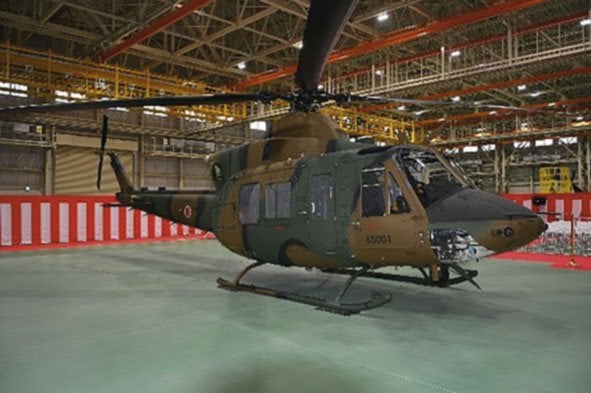 The UH-X prototype helicopter that Subaru handed over to the Japanese MoD in February 2019. The ATLA recently ordered six UH-X helicopters for the JGSDF.

After conducting the helicopter’s maiden flight in December 2018 and carrying out a series of subsequent flight tests, Subaru handed over a UH-X prototype to the Japanese MoD at the company’s Utsunomiya plant in Tochigi Prefecture in February of the following year.

The company announced at the time that it would also prepare to start mass-producing the multirole platform, which is based on the Subaru Bell 412EPX commercial helicopter.

The MoD plans to replace the JGSDF’s fleet of 127 UH-1Js with about 150 UH-Xs over the next two decades, 34 of which will be acquired at the price of about JPY1.8 billion each under the country’s 2019–23 Mid-Term Defence Program (MTDP), which was approved in December 2018.