UK training simulation company 4GD on 28 January launched two new products designed to provide users with an immersive close- and deep-battle training simulation. The company developed two new training packages consisting of software and hardware: Ecfectus and Acies, which are both designed to be integrated into the 4GD SmartFacility close-combat training environment.

The SmartFacility name covers five levels of product offered by 4GD. Level 1 consists of a set of modular SimWalls that can be arranged into different configurations so that a force can replicate multiple urban training scenarios in a small space. Level 2, called 4GAV, builds on this and incorporates multiple effects, such as sound, smells, and pyrotechnics, to provide an immersive experience. Together, levels 1 and 2 form the structure of the facility. 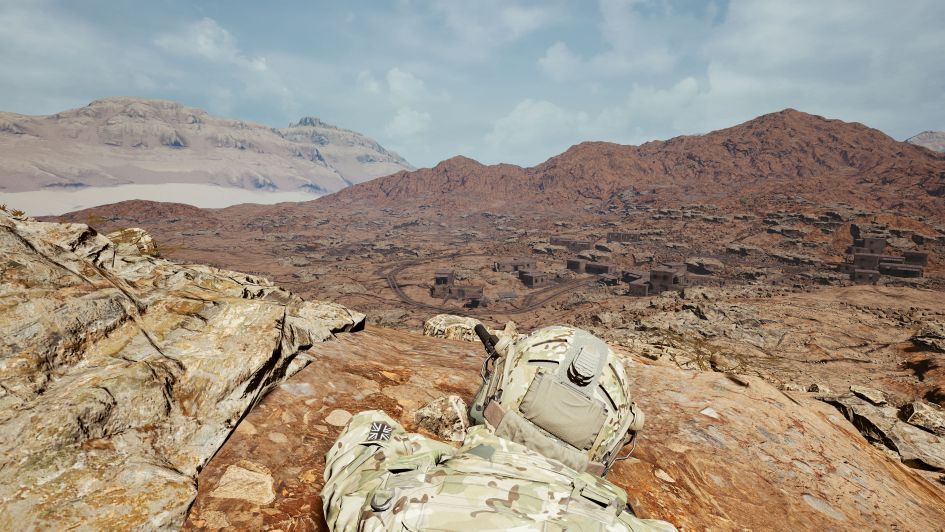 A virtual representation of a sniper away from combat. This element of close-combat training can be difficult to replicate for many forces. (4GD)

Level 3 adds Simtargets and is called SimStriker; the targets are designed to be more realistic and respond to trainees – for example, they can shoot back, talk to the trainees, and hide. The Acies package is described by the company as “an integrated reality system that introduces the synthetic world to the physical SmartFacility environment”. It forms level 5 of the 4GD training solution, when combined with Efectus.

Put simply, Acies enables a force to replicate battles by simulating the experience of supporting assets, such as snipers, command-and-control (C2) elements, and indirect-fire support assets, said James Crowley, 4GD’s business development director. For example, the software enables a team member in a remote location to train virtually as a sniper with a separate team that is physically training in a 4GD SmartFacility.