The European Defence Agency (EDA) is to hand over proposals for its Generic Open Soldier System Reference Architecture (GOSSRA) to NATO in May, as the alliance considers adopting it as a standardisation recommendation (STAREC). 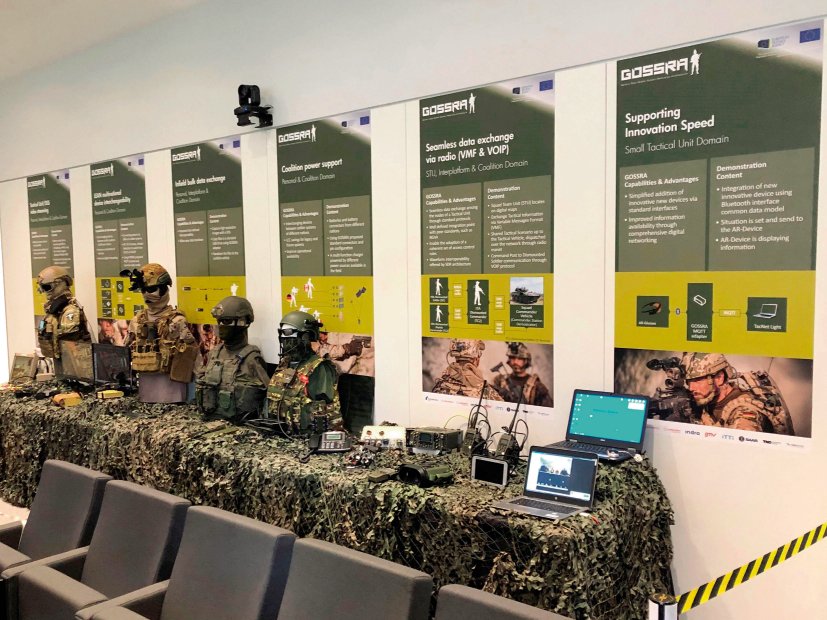 A consortium of companies from across Europe conducted a final demonstration of the GOSSRA concept ahead of its acceptance by NATO as a standard agreement.

Project officials told Jane’s that GOSSRA formally concluded at the end of April. Findings are to be delivered to the NATO Land Capability Group on Dismounted Soldier Systems in May.

The GOSSRA study culminated in a final demonstration conducted near Madrid on 20 February, comprising a live exercise that showcased the interoperability of soldier systems from EU countries such as Germany, Spain, and the Netherlands.

Designed around a ‘loaned radio concept’, the demonstration featured Leonardo S-wave handheld secure wideband soldier radios and included a force protection scenario in which an enemy sniper and suspicious vehicle were observed by coalition forces.

The European Defence Agency (EDA) is to hand over proposals for its Generic Open Soldier System Refe...

The US Defense Advanced Research Projects Agency (DARPA) has selected a BAE Systems-led team to deve...
Request Consultation
Thank you for your inquiry, a Janes representative will be in contact with you shortly.