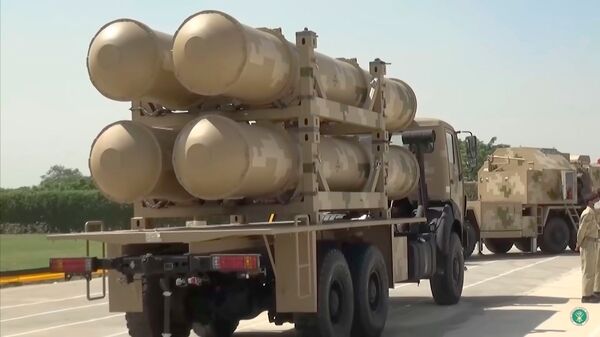 A screengrab from footage released by the ISPR on 14 October showing a transporter vehicle carrying spare missiles for the HQ-9/P SAM system during a commissioning ceremony held that same day at Army Air Defence Centre Karachi. (ISPR)

The Pakistan Army's (PA's) Air Defence forces have inducted into service a variant of the Chinese-made HQ-9 surface-to-air missile (SAM) system, according to a 14 October press release issued by Inter Services Public Relations (ISPR), the media wing of the Pakistani military.

The HQ-9/P can operate as part of an integrated air and missile defence network, meaning that it will be used to “significantly enhance” the ‘Comprehensive Layered Integrated Air Defence (CLIAD)' along Pakistan's frontiers, noted the ISPR.

No information was provided about how many HQ-9/P sets have entered service and whether additional sets are on order.

The US State Department approved the sale to Bahrain of two Patriot batteries with 35 GEM-T missiles and 60 PAC-3 Missile Segment Enhancement (MSE) missiles for an estimated USD2.5 billion in May 2019. The PAC-3 MSE has a longer range than the standard PAC-3 missile. Both are designed to destroy ballistic missiles by colliding with them, unlike the GEM-T, which relies on a fragmentation warhead.

Raytheon, which makes the Patriot and the GEM-T missile, announced in March 2020 that it had received a USD551 million contract to begin production of the Patriot for Bahrain, which it said would become the 17th country to operate the system. 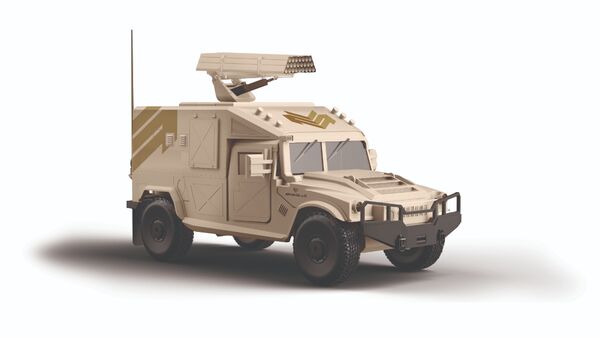 An initial configuration of the launch pod was officially unveiled in April 2019, mounted on an M1152 High Mobility Multipurpose Wheeled Vehicle (HMMWV). The new compact 24-cell Armadillo launch pod is 3.5 metres in length, and weighs approximately 50 kg. The re-configured design features a retractable roof-mounted 360° mission module which, according to the company, can accommodate 2.75”/70 mm guided/unguided anti-tank and short-range air defence rockets, furnished with MK40/MK66 rocket motors. Two additional launch pods (24+24 rockets) mounted on an automatic reloading system are stowed in the launch platform.

The current solution utilises an AM General 4×4 M1152 HMMWV with rear and front hydraulic stabilisation systems and a redesigned bonnet, although the Armadillo system can be integrated into any new 4×4 armoured tactical vehicle or existing 4×4 platform in the inventory of a client, Mac Jee product manager Márcio Corrêa da Silva Santos told Janes . 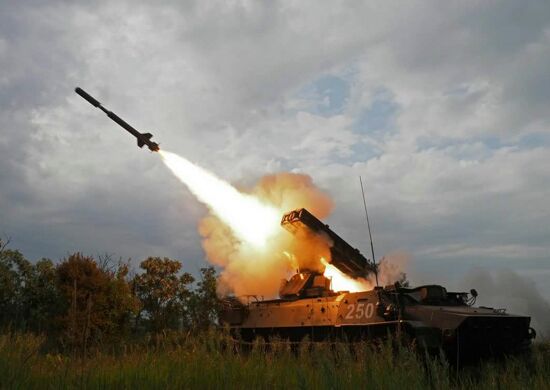 The Pakistan Army's (PA's) Air Defence forces have inducted into service a variant of the Chinese-ma...