Images have emerged on Chinese social media platforms showing what appear to be a new prototype or variant of the Harbin Aircraft Industry Group (HAIG) Z-20 multirole helicopter carrying anti-tank guided missiles (ATGMs) and other stores.

The images, which were released on 20 October via Weibo, show the rotorcraft carrying what appear to be eight KD-10 ATGMs and additional rocket pods mounted on stub wings that are similar in appearance to the US-made External Store Support System. 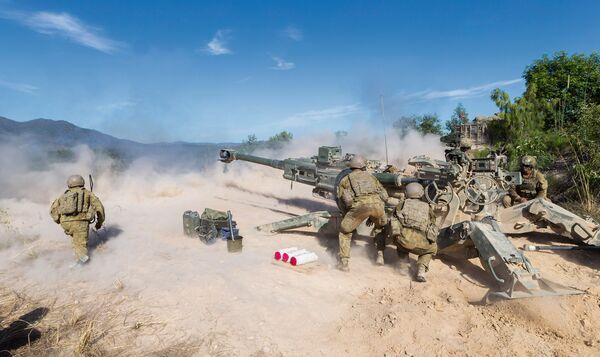 Babcock has been selected by Australia to provide next-generation high-frequency communications capability. The project includes enabling land platforms (such as this Australian Army M777) to operate in a SATCOM-denied environment. (Commonwealth of Australia)

Babcock has been selected by Canberra as the preferred tenderer to upgrade and sustain the Australian Defence Force's (ADF's) Enhanced Defence High Frequency Communications System (EDHFCS), the company announced on 7 December.