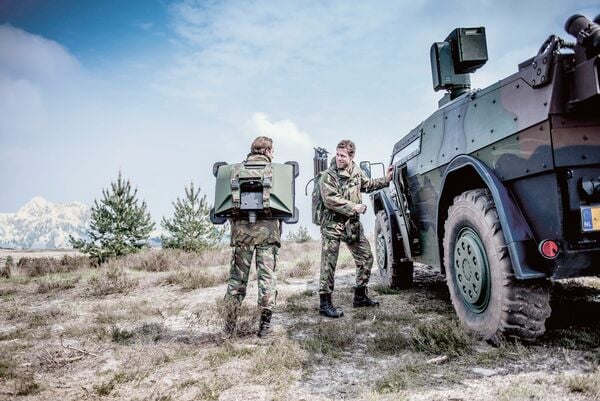 The Thales Squire radar is used for 2D ground surveillance and target acquisition together with artillery fire adjustment. It is capable of detecting individuals walking at ranges exceeding 10 km and moving tank-sized vehicles at up to 48 km. Shell impacts can be detected at ranges of up to 20 km and micro unmanned aerial vehicles (UAVs) at 5–6 km. The total system weight - including tripod, cables, headset, carrying harnesses, and battery pack - is less than 45 kg.

AN/TPQ-36(V) is a 3D mobile phased array radar that automatically locates hostile mortars, artillery, and rocket launchers. The radar can handle simultaneous fire from weapons at multiple locations, provide ‘first round' location, and generate an electronic ‘curtain' over a 90° sector.

The system weighs 1,134 kg and its operator shelter is carried by either a High-Mobility Multipurpose Wheeled Vehicle or a 2.75-tonne truck, which can be located up to 50 m from the unmanned antenna-transceiver assembly. In November 2015 the US Army delivered two AN/TPQ-36 radars to Ukraine as part of a USD20 million US aid programme for military and technical co-operation.

The Netherlands MoD expects delivery of the goods to Ukraine to take one or two weeks. The radar systems come from the MoD's operational reserves and will have to be replenished to avoid an adverse effect on the Netherlands' capability.

Training programmes are necessary for the operators to be able to make effective use of the Squire radars, which requires up to three months. Since the AN/TPQ-36 radars are already in service with Ukraine, training on them will not be required. If needed, it remains to be seen whether training will be given in the Netherlands or in Ukraine.

In addition to these systems, two mine detection robots, Barrett sniper rifles, and helmets and ballistic vests are set to be supplied by the Netherlands to Ukraine. 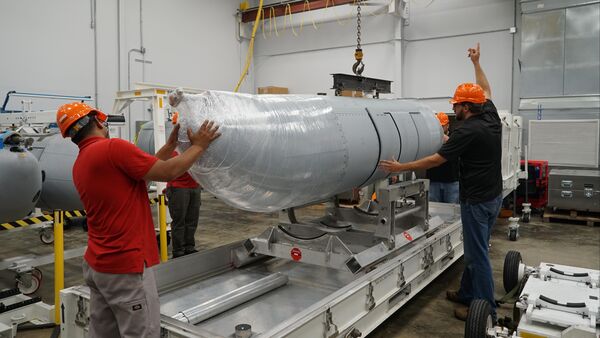 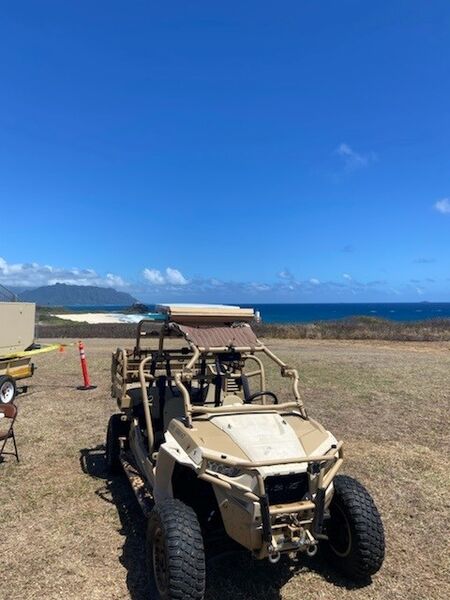 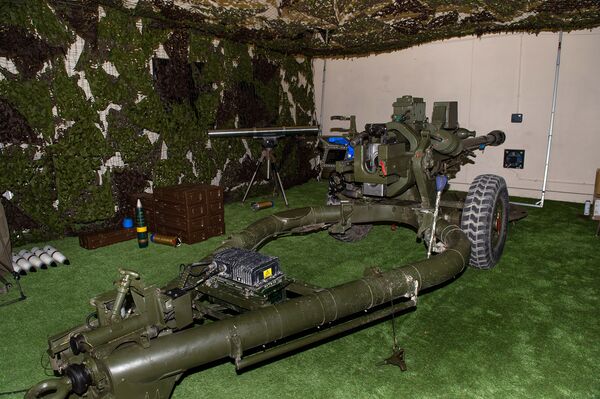 Cubic's artillery mission training system (AMTS) installed on a 105 mm L118 Light Gun at the Royal School of Artillery, Larkhill. The visible appliqué elements (to the left of the breech and under the barrel) are bright blue. (Giles Ebbutt)

The British Army has learnt a number of lessons from its use of Cubic's artillery mission training system (AMTS) and is introducing improvements to it.

The AMTS has been in use at the Royal School of Artillery at Larkhill and elsewhere as a concept capability demonstrator since late 2018. It consists of an appliqué instrumentation kit that is fitted to the 105 mm L118 Light Gun. Speaking at the 2022 Omega Joint Military Training & Simulation Conference, Alistair Parkinson, head of UK cross domain LVC programmes and indirect fire systems at Cubic, said that this shows where the gun is in time and space, where the barrel is pointing, and when it is fired.

Instrumented emulated ammunition, which is 10% of the weight of the real thing and enables 10 rounds to be stacked into the breech, provides charge and fuze setting. The combined gun and ammunition data enables the round impact point to be calculated.