An early warning radar has been identified at the Libyan airbase where Russia deployed fast jets in late May, US Africa Command (AFRICOM) announced on 18 June. 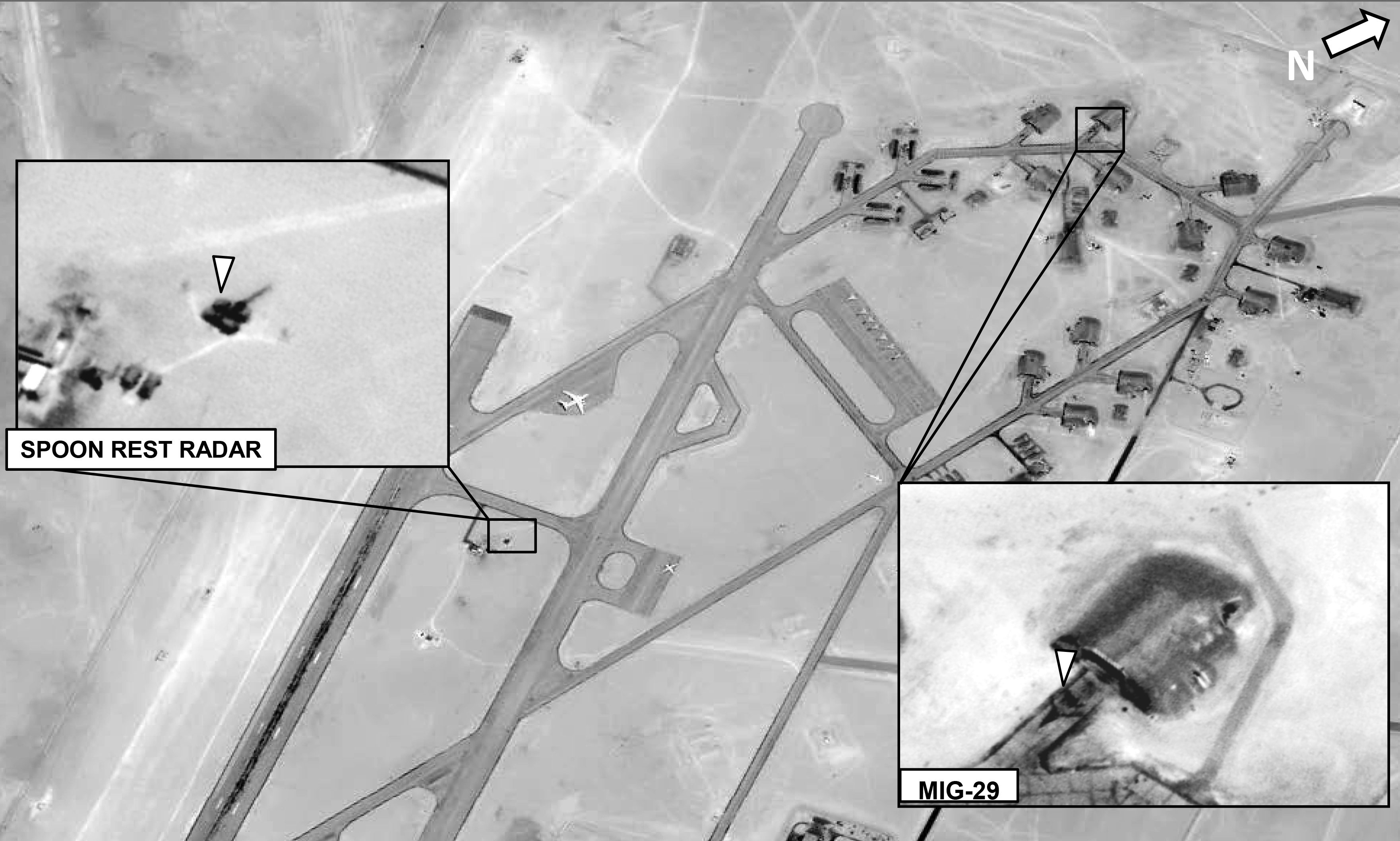 An overhead image released by AFRICOM on 18 June shows a ‘Spoon Rest’ radar and a MiG-29 at Libya’s Al-Jufrah Air Base. (US Africa Command)

It released an overhead reconnaissance image that it said showed the ‘Spoon Rest’ radar and a MiG-29 at Al-Jufrah Air Base earlier that day. It released another image showing an Su-24 coming into land at the base.

“Russia uses this system when deployed to a nation in the conduct of tactical combat operations”, AFRICOM said.

“Russia’s sustained involvement in Libya increases the violence and delays a political solution,” said US Marine Brigadier General Bradford Gering, AFRICOM director of operations. “Russia continues to push for a strategic foothold on NATO’s southern flank and this is at the expense of innocent Libyan lives.”

It described the Libyan deployment as part of a wider drive by Moscow to expand its influence in Africa, saying Russia is the “number one arms dealer in Africa” and “continues to profit from violence and instability across the continent”.

Two companies – Rowden and IBM – have been announced as the preferred bidders for two separate contracts under the broader British Army Human Machine Teaming (HMT) programme.

Speaking at the 2022 Disruptive Technology for Defence Transformation Conference (DTDT) in London, held from 27 to 29 September, a UK Ministry of Defence (MoD) spokesperson announced that UK company Rowden has been downselected as the preferred bidder for the systems integrator role, while IBM is the preferred bidder for the data management aspect of the HMT programme.

IBM was selected partly because the company will act as a core supplier, bringing in other organisations to field specific needs as and when they arise, the spokesperson told Janes .

In March, Lieutenant Colonel Iain Lamont, SO1 Robotics and Autonomous Systems (RAS) for the British Army, informed Janes that, as part of HMT, the MoD would launch a competition for the data management service and systems integrator roles. 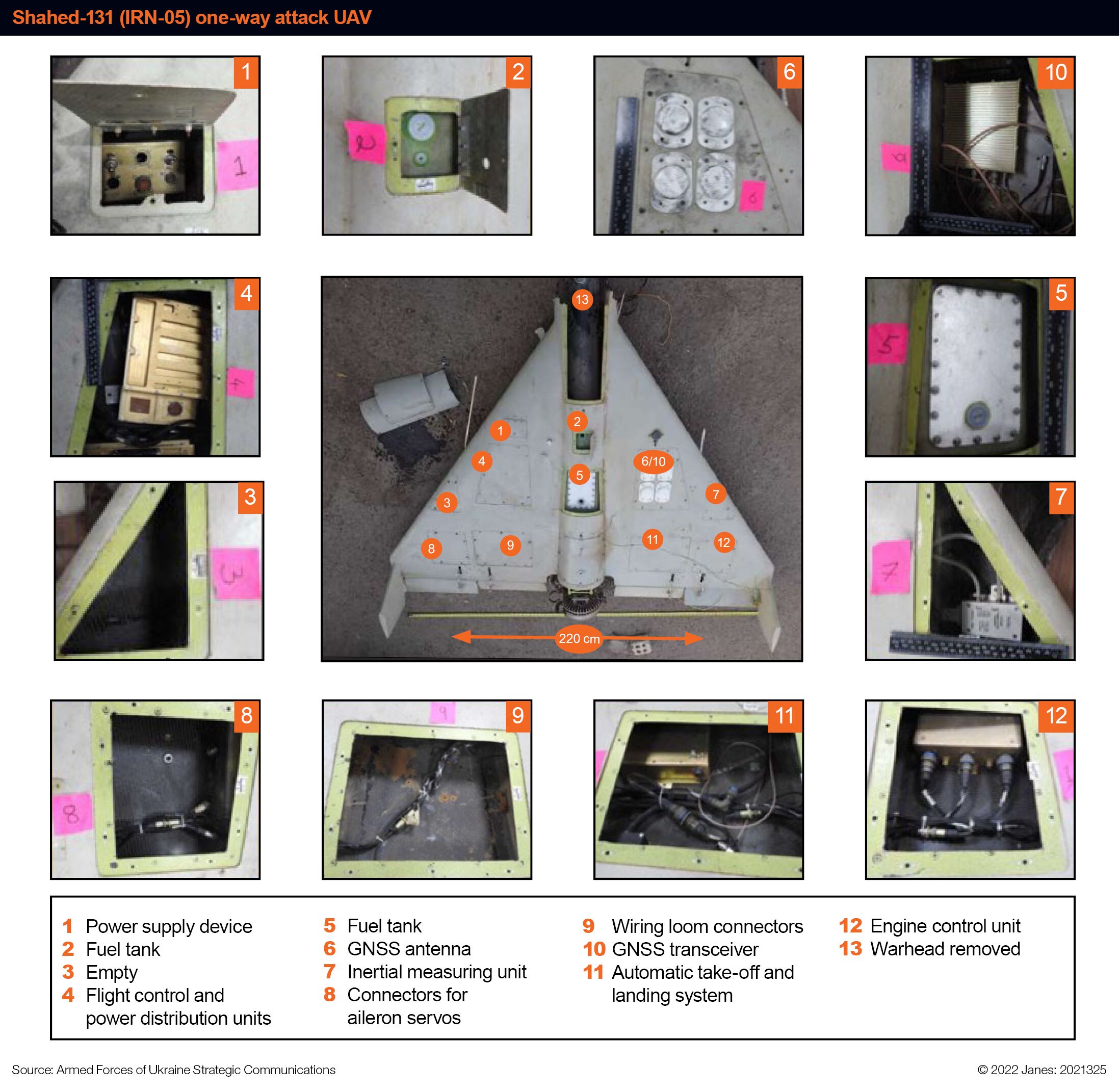 A composite of photographs from the report shows the locations of the Shahed-131's components. (Janes)

The Armed Forces of Ukraine's Strategic Communications service has released a technical report on an Iranian Shahed-131 one-way attack unmanned aerial vehicle (UAV) that explains how it was upgraded to resist jamming.

While mostly written in Cyrillic, the report appeared to be a translation of a US document as it makes extensive use of English abbreviations, including ‘MEPED', a probable reference to the US Military Equipment and Parametrics Engineering Database.

It used the ‘IRN-05' designation for the Shahed-131 that the US military has applied to an Iranian UAV type that comes in two sizes, with the smaller type used to attack Saudi Arabia's east-west oil pipeline in May 2019, and the larger one to attack a tanker in the Arabian Sea in July 2021.

The primary visual difference between the two is that the vertical stabilisers extend both up and down from the ends of the wings of the larger version, which has been identified as the Shahed-136, but only upwards on the smaller Shahed-131. 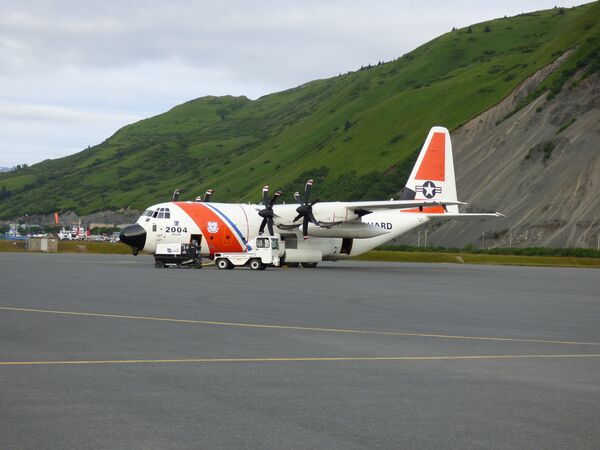 HC-130J aircraft based in Kodiak, Alaska, provide support for surface-ship patrols in the waters off the western part of the state, where Chinese and Russian vessels have been sighted. (Michael Fabey)

With the sighting, Kimball is now operating under ‘Operation Frontier Sentinel', a 17th USCG District operation “designed to meet presence with presence” when strategic competitors operate in and around US waters, USCG officials said.

“We will meet presence with presence to ensure there are no disruptions to US interests in the maritime environment around Alaska,” said Rear Admiral Nathan Moore, 17th Coast Guard District commander, in a statement.