Boeing Defence Australia (BDA) announced on 18 May that the Department of Defence (DoD) in Canberra has accepted the first trailer-mounted satellite communication (satcom) terminals developed for Project Land 2072 Phase 2B (also known as Project Currawong).

In a statement the company described the ‘Medium Satcom Terminal’ (MST) as a rapidly deployable, trailer-based terminal comprising a 2.5-m satellite dish, adding that it is ”the only secure satcom system of its size with dual-band certification for the military’s Wideband Global satcom X and Ka bands, in addition to the civilian Ku band”.

BDA’s Project Currawong director, Ian Vett, was quoted in the statement as saying that the MST’s ability to go “anywhere a Hawkei vehicle can go and seamlessly connect to both military and civilian satellites far exceeds any satcom capability currently available to the warfighter”.

“When combined with the other components of the Currawong battlespace communications system, our deployed troops are better equipped than ever to securely exchange voice, data, and video communications with each other and back to headquarters regardless of their location and environmental conditions,” he added. 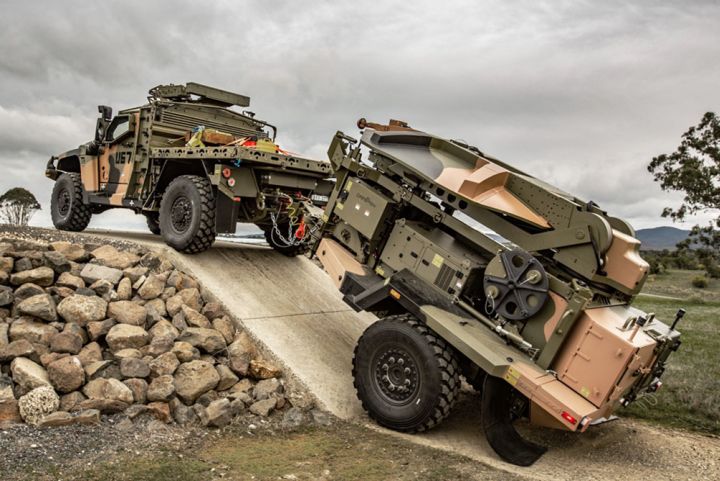 Boeing Defence Australia (BDA) announced on 18 May that the Department of Defence (DoD) in Canberra ...