Uzbekistan’s Air Defence Force has conducted its first practical test of the Chinese FD-2000 medium-range air-defence system against a target drone, according to a video released by the Uzbek Army on 7 November.

The video footage shows a battery of two FD-2000 transport erector launchers (TELs) deployed with supporting command-and-control assets and a HT-233 target-acquisition radar. The systems from China are operated alongside what appear to be two launchers for the Pechora-2M and upgraded Soviet era S-125 mounted on a self-propelled chassis.

The Pechora-2Ms provided immediate protection from a simulated attack by Uzbek MiG-29s while the FD-2000 position was established, according to an article published by the Sina news outlet in China.

In the video the FD-2000 TELs, each armed with two missiles instead of four, are used to engage two target drones, before relocating. The Sina report claims that the intercepts were against targets at 70 km and then 50 km.

The tests were conducted at the Kulkuduk training ground in the Navoi province, according to the Tashkent Times.

The FD-2000s were delivered to Uzbekistan in late November 2018. The deliveries were marked in a report from the O’Zbekiston 24 news channel released at the time. However, this is the first known test of the system in Uzbek service. 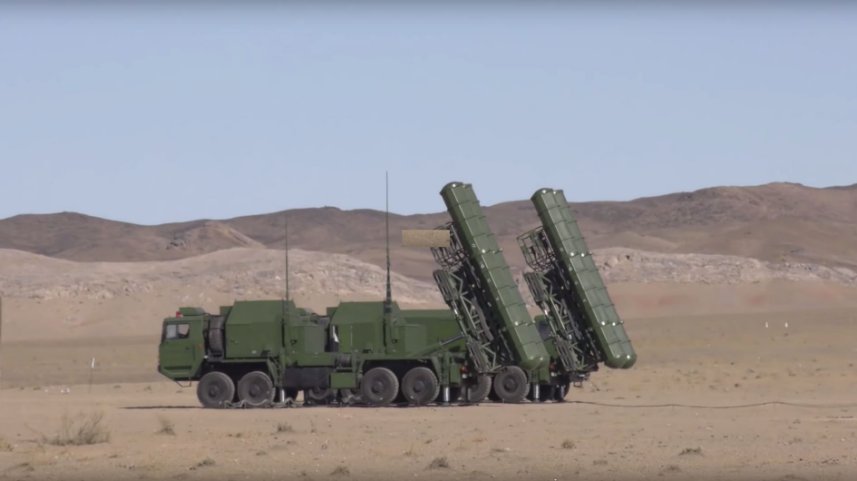 The FD-2000 is a technical analogue to the S-300 and is believed to borrow heavily from the Soviet design. The Uzbek procurement of the system diversifies the country’s supply base away from Russia. (Ministry of Defence of the Republic of Uzbekistan)

The FD-2000 is the export designation for China’s HQ-9 air-defence system. It is a medium-altitude, medium-range design intended to provide protection against aircraft using ‘hide-shoot-and-scoot’ tactics to avoid any electronic countermeasures or anti-radiation missiles.

The Aviation Industry Corporation of China (AVIC) announced on 2 December that it had conducted the ...