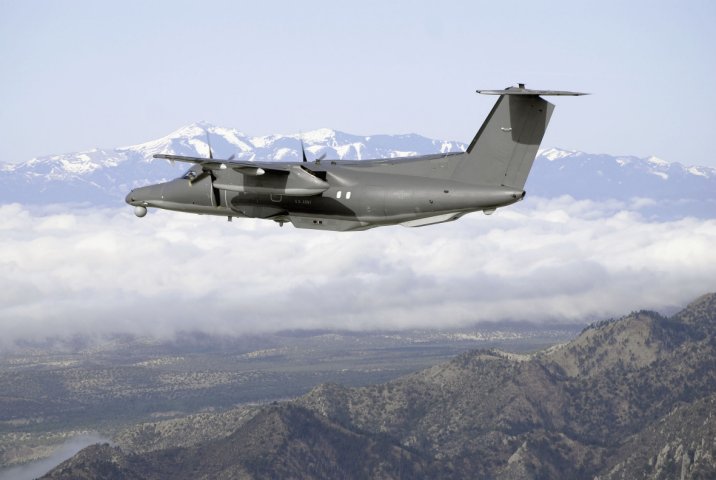 Seen here in its Radiant Falcon configuration for the US Army, the DHC-8 is becoming increasingly popular as a special mission platform. (Dynamic Aviation)

The command disclosed on 17 June that it had awarded a sole-source contract to Virginia-based Leidos Inc. for the procurement of a single Dash 8, noting, “Leidos is the only source with the product and engineering technical data required to support delivery of an airworthy modified DHC-8 without substantial duplication of cost and schedule based upon previously certified specific DHC-8 configurations delivered to the [US] government.”

No details pertaining to the contract value or delivery timeline were disclosed, and neither did the USSOCOM comment on the aircraft’s mission or configuration.

Within this ARL-E mission, the Saturn Arch configuration is geared towards neutralising improvised explosive devices (IEDs), while the Desert Owl configuration is an intelligence, surveillance, and reconnaissance (ISR) capability to simultaneously conduct measurement and signature intelligence (MASINT) and imagery intelligence (IMINT) missions in near all-weather conditions.