The US Marine Corps (USMC) has retired the Bell AH-1W SuperCobra attack helicopter, with a ‘sundown’ ceremony held on 19 October. 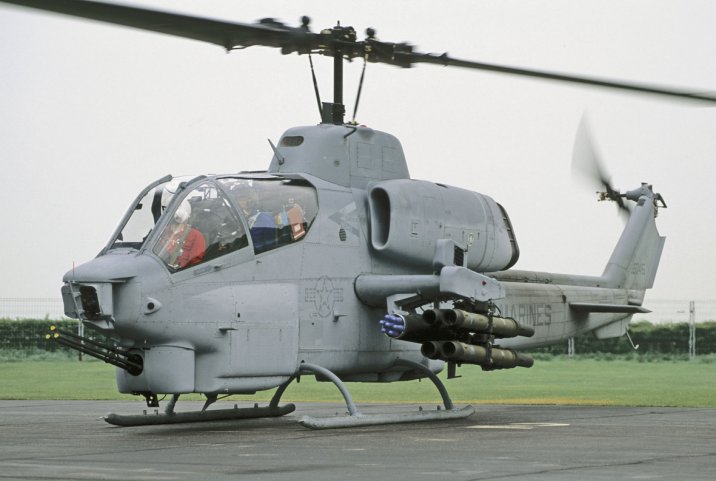 The USMC has retired the AH-1W SuperCobra after more than 30 years of service. (Janes/Patrick Allen)

The event marked the end of more than 30 years of service for the AH-1W, which first flew in November 1983 as the AH-1T+. During its operational career with the USMC, the AH-1W amassed in excess of 900,000 flight hours in theatres including Operation ‘Desert Storm’, ‘Iraqi Freedom’, and ‘Enduring Freedom’.

The AH-1W is a day/night marginal weather attack helicopter that provides enroute escort for the USMC’s assault helicopters and embarked forces. It is operated in eight composite Marine Light Attack Helicopter Squadrons (HMLA) composed of 18 AH-1 and 9 Bell UH-1 utility helicopters. During Operation ‘Desert Storm’ in 1991, 48 AH-1Ws were credited with destroying 97 tanks, 104 armoured personnel carriers and vehicles, 16 bunkers, and 2 anti-aircraft artillery sites, all without loss.

With a maximum take-off weight of 6,697 kg, the platform was equipped with a nose-mounted 20 mm Gatling-gun with 750 rounds, and had four external wing stations that could fire 70 mm and 127 mm rockets, TOW and Hellfire air-to-surface missiles, Sidewinder air-to-air missiles, and Sidearm anti-radiation missiles. It was equipped with a night targeting system/forward looking infrared radar that provided laser range-finding/designating and camera capabilities.

The US Marine Corps (USMC) has retired the Bell AH-1W SuperCobra attack helicopter, with a ‘sundown’...

Northrop Grumman has been awarded USD4.8 billion for the development, modernisation, retrofit and su...