USAF receives second B-52 from boneyard

The United States has refurbished and returned to service a second Boeing B-52 Stratofortress strategic bomber from the ‘boneyard’ at Davis-Monthan Air Force Base (AFB) in Arizona. 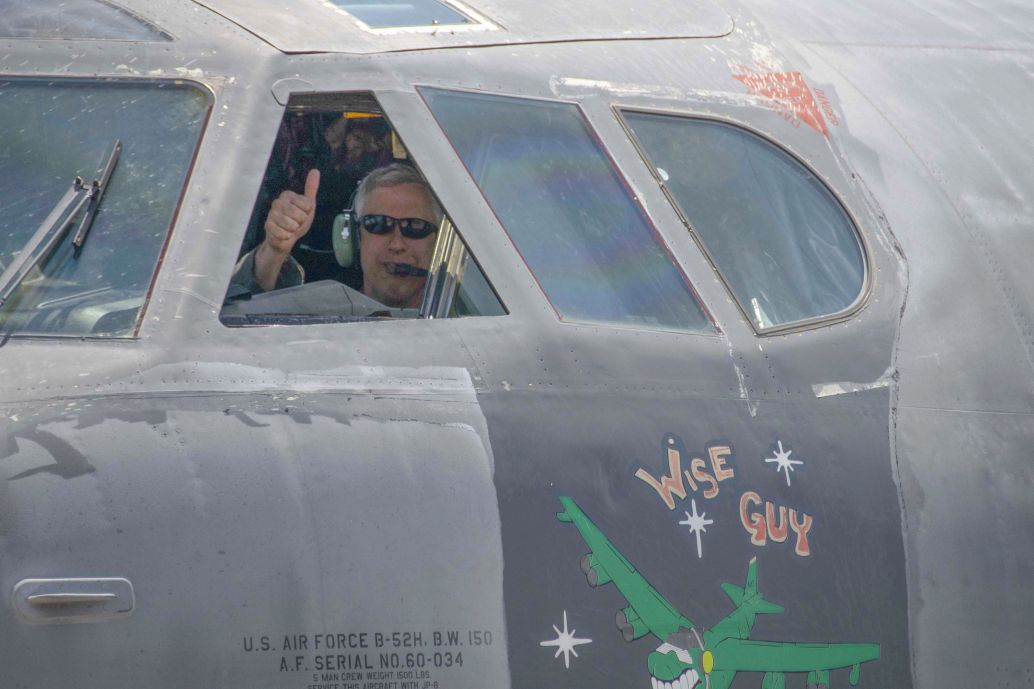 Seen after its maiden flight from the boneyard in 2019, ‘Wise Guy’ has now been fully restored and returned to service at Minot AFB, North Dakota. (US Air Force)

Aircraft 60-034 had been stored by the 309th Aerospace Maintenance and Regeneration Group since 2008. It was flown from Davis-Monthan AFB to Barksdale AFB, Louisiana, in May 2019, ahead of refurbishment and delivery to its new home station at Minot AFB, North Dakota, on 9 March.

‘Wise Guy’ is one of two B-52H bombers recently returned to service to bring the fleet back up to 77 following two mishap losses. The first aircraft, nicknamed ‘Ghost Rider’, was flown out of Davis-Monthan AFB to Barksdale AFB in 2015 and delivered to Minot AFB in September 2016.

At the height of its strength, the US Air Force (USAF) B-52 forces comprised some 744 aircraft, although this number has been cut in accordance with the Strategic Arms Reduction Treaty (START) with Russia.

The United States has refurbished and returned to service a second Boeing B-52 Stratofortress strate...