The US Air Force (USAF) on 17 April announced that it plans to continue the development of the Long Range Stand-Off (LRSO) weapon system with Raytheon Technologies as sole source contractor.

Intended to penetrate and survive integrated air defence systems and prosecute strategic targets in support of the Air Force's global attack capability and strategic deterrence core function, the LRSO is a developmental, nuclear-capable, cruise missile concept which is being proposed as a significantly enhanced replacement for legacy variant subsonic Boeing AGM-86 Air Launched Cruise Missiles (ALCMs): this includes both the nuclear-armed AGM-86B ALCM (equipped with the W80-1 nuclear warhead) and the AGM-86C/D Conventional Air-Launched Cruise Missile (CALCM) variants. Both conventional and nuclear variants of the new LRSO weapon are required to reach initial operational capability in the 2030 timeframe. 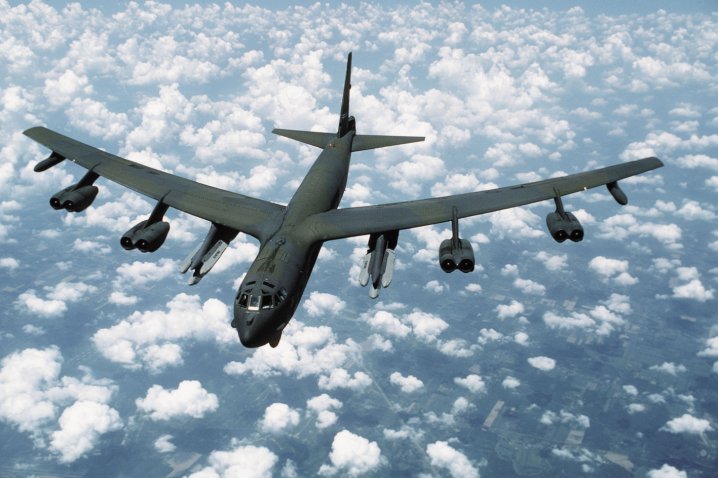 The LRSO is intended to replace the AGM-86 variant ALCM seen here on a B-52H strategic bomber. Still at the TMRR stage with Raytheon now as sole contractor, the LRSO is expected to be fielded in the 2030 timeframe, when the ALCM/CALCM reaches its end of service life. (US Air Force)

In August 2017 USAF awarded two separate contracts to Lockheed Martin and Raytheon - each with an estimated, but unconfirmed, value of about USD900 million - for work on the LRSO weapon system. Both contracts were timetabled to run until January 2022, following which the air force planned to select a one concept solution to advance its development under an Engineering, Manufacturing, and Development (EMD) phase contract.

However, the Air Force stated that, after an extensive evaluation of contractor programmatic and technical approach during the Technical Maturation and Risk Reduction (TMRR’s) preliminary design reviews, it has now decided to focus on Raytheon’s design.

The US Air Force (USAF) on 17 April announced that it plans to continue the development of the Long ...

Taiwan still keen on acquiring JASSMs from the US

An official from Taiwan’s Ministry of National Defense (MND) said on 19 April that Taipei is still k...

Lockheed Martin Missiles and Fire Control has been awarded a contract worth more than USD400 million...