The crew of US Navy cruiser USS Monterey seized a large shipment of weapons after stopping and searching a dhow in the north of the Arabian Sea on 6-7 May, with the US 5th Fleet saying it included thousands of Chinese Type 56 assault rifles and hundreds of PKM machine guns, sniper rifles, and rocket launchers. 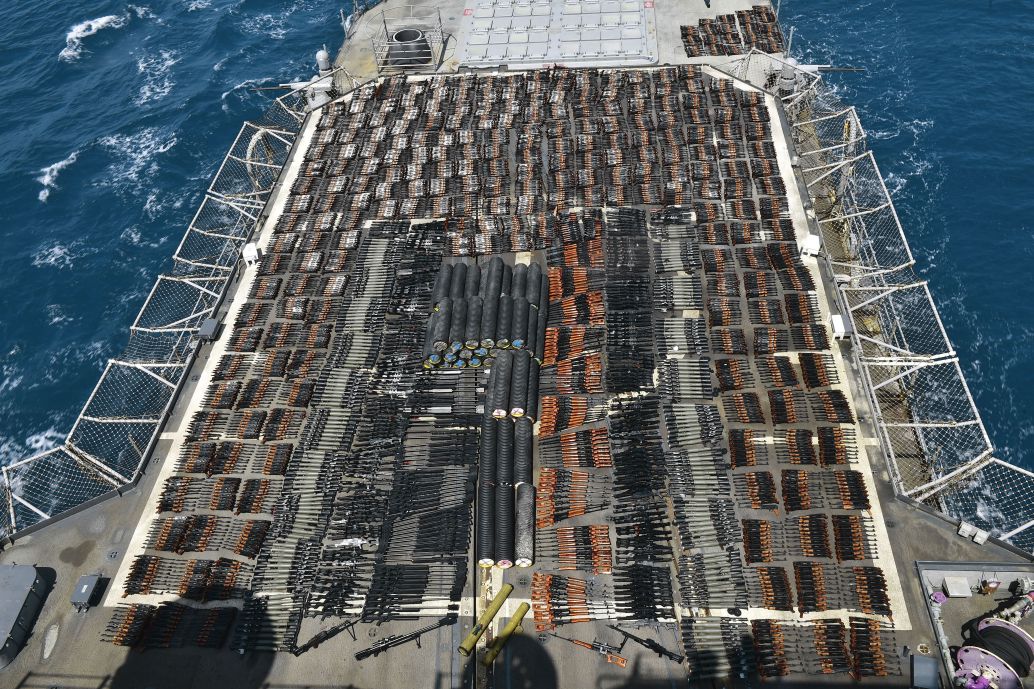 The 5th Fleet released photographs showing the shipment, which also included two anti-tank missiles, one of which appeared to be an 9M113 Konkurs, and another showing the Cyrillic and Latin markings of the 9M111M Faktoriya.

The photographs also showed 52 anti-materiel rifles that looked like the Steyr HS .50. Iran makes a copy of the HS .50 called the AM-50 Sayyad that has previously been documented in use with Houthi rebels in Yemen.

The 5th Fleet said the origin and intended destination of the weapons are being investigated but noted that similar interdicted shipments were destined for the Houthis. The dhow and its crew were released after the vessel was assessed to be seaworthy.

The crew of US Navy cruiser USS Monterey seized a large shipment of weapons after stopping and searc...