The US Navy (USN) on 5 February awarded Sikorsky a USD479 million firm-fixed-price contract modification to procure five VH-92A presidential helicopters, according to a Pentagon statement. 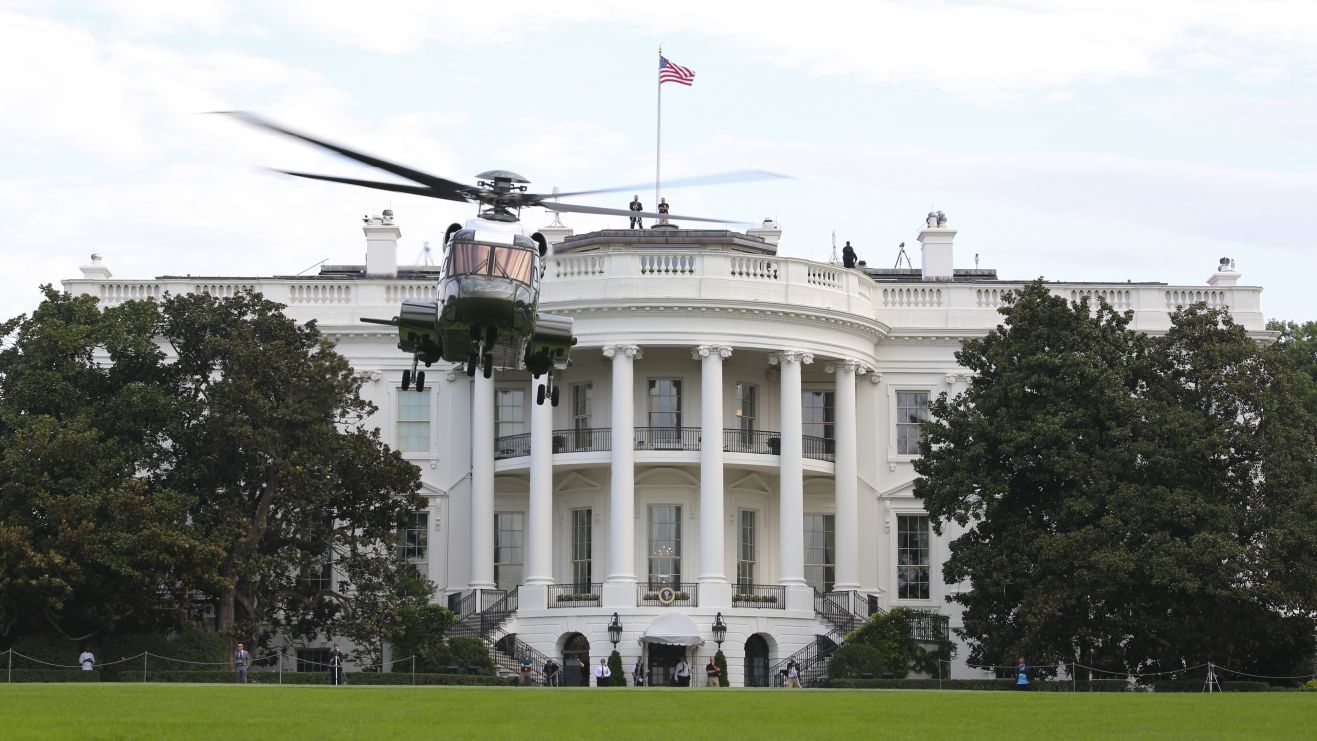 Marine Helicopter Squadron One (HMX-1) runs test flights of the VH-92A over the south lawn of the White House on 22 Sept 2018 in Washington, DC. The US Navy on 5 February awarded Sikorsky a USD479 million contract modification for five Lot 3 LRIP aircraft. (US Marine Corps)

The VH-92A is a dual piloted, twin-engine rotorcraft based on the Sikorsky S-92. It will replace the current US Marine Corps (USMC) fleet of Sikorsky VH-3D and Sikorsky VH-60N helicopters flown by Marine Helicopter Squadron One (HMX-1) to perform the presidential airlift mission. The VH-92A will be air transportable to remote locations via a single US Air Force (USAF) Boeing C-17 Globemaster III transport aircraft.

Sikorsky has delivered six VH-92As to the USN. Systems Development Test Articles (SDTAs) 1, 2, 3, and 4 are operating at HMX-1 at Marine Corps Air Facility (MCAF) Quantico, Virginia, and have flown 431 hours as of 30 September 2020. Engineering and Manufacturing Development (EDM) aircraft 1 and 2 are at Naval Air Station (NAS) Patuxent River, Maryland, supporting the integrated test team (ITT) programme, and have accumulated 161.2 flight hours since 30 September 2020.

The US Army has awarded Sikorsky-Boeing and Bell other transaction authority (OTA) awards for the se...

Sikorsky is testing how the components on its US Air Force (USAF) HH-60W Jolly Green 2 Combat Rescue...