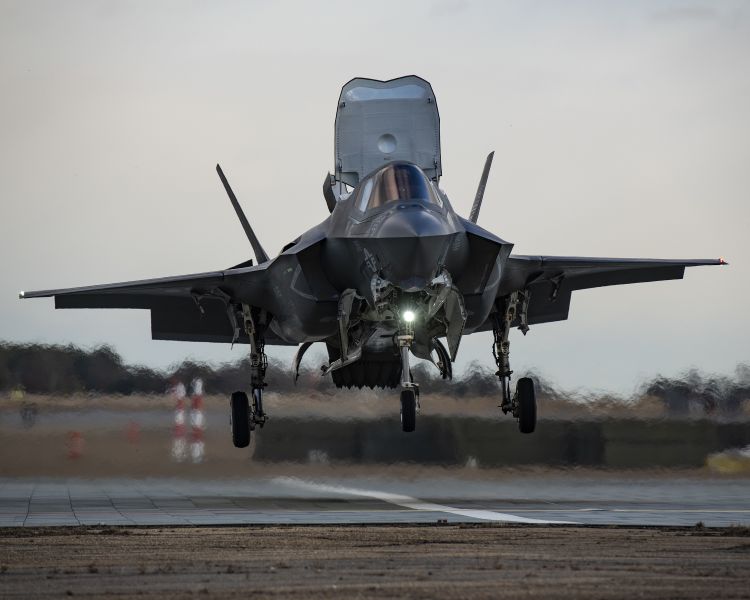 The first US Marine Corps VX-23 ‘Salty Dogs’ pilot from the F-35 Patuxent River ITF began STOVL training at NAS Patuxent River, Maryland, in early February. This unit will deploy to ITS Cavour in the coming weeks to help the Italian Navy build up its F-35B capability. (DVIDS)

“This Field Carrier Landing Practice (FLCP) flight training is integral to preparing pilots for the ITF test team’s detachment to the Italian Navy aircraft carrier Cavour scheduled between February and March,” the USN said. “During carrier-based flight tests, also known as sea trials, ITF members with engineering and test pilot expertise and experience will gather data that will verify compatibility between the ‘fifth generation’ fighter aircraft and the Italian naval fleet's flagship. This information will contribute to certifying the ship for the Italian Navy’s operation of its own F-35Bs, the key weapon system of the carrier.”

The US Navy (USN) has begun land-based test flights ahead of sending a Lockheed Martin F-35B Lightin...