The United States has contracted the sale to Jordon of one Sikorsky UH-60 Black Hawk helicopter for royal duties. 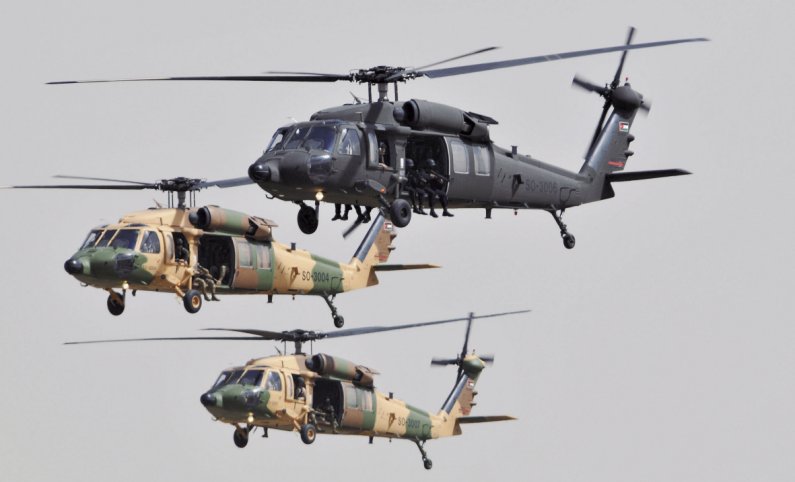 Jordan is to receive a UH-60M helicopter for royal duties, which will add to the extensive Black Hawk fleet already fielded by the country. (Janes/Patrick Allen)

The Department of Defense (DoD) announced on 20 October that Sikorsky had been awarded USD13.7 million for a single UH-60M to be delivered by 30 November. Fiscal 2010 Foreign Military Sales (Jordan) funds for the full amount were obligated at the time of the award.

News of the award came four months after the US Department of State approved the sale, with the US Defense Security Cooperation Agency (DSCA) noting on 7 July that the Royal Jordanian Air Force’s (RJAF’s) Royal Squadron would receive the helicopter and related equipment for an estimated USD23 million. A further contract for the related equipment, including defensive countermeasures, is expected to follow.

“The UH-60M will supplement Jordan’s existing Royal Squadron fleet of Black Hawk helicopters and be used to facilitate the movement of the Jordanian royal family in a safe and efficient manner,” the DSCA notification said at the time.

The United States has contracted the sale to Jordon of one Sikorsky UH-60 Black Hawk helicopter for ...

The US Navy (USN) has contracted AgustaWestland Philadelphia Corporation to deliver a further 36 TH-...