BAE Systems is continuing to deliver Armored Multi-Purpose Vehicles (AMPVs) to the US Army after a delayed start and the service said it is anticipating that the programme will remain on track but with minor slips to key testing and fielding dates.

Over the past year, the army’s AMPV line has experienced some hiccups including an initial vehicle delivery postponed from March until late August. As of 6 October, though, the service had accepted two AMPVs and BAE Systems has an additional two vehicles ready for acceptance, Ashley John, the public affairs director for the army’s Program Executive Office for Ground Combat Systems, told Janes .

The company was under contract to begin delivering vehicles to the army in March, but the duo modified the deal and pushed the date back until July. However, that date was delayed further, and the service did not accept the first vehicle, a mission command variant, until late August.

“The shift was due to production start-up challenges, fabrication, parts availability and assembly line readiness issues, and installing advanced manufacturing capabilities,” John wrote in an email. “As an [acquisition category] 1C programme, the programme manager included some flexibility in the programme schedule to accommodate the inherent risk of such a complex endeavour (building five variants of AMPV, for example).”

This flexibility typically includes a six-month window for meeting milestone dates and the AMPV schedule included some leeway, she noted. As a result, the programme should stay on track and the first 64 vehicles will be used to support production qualification testing, live-fire test, and initial operational test and evaluation (IOT&E), John added. 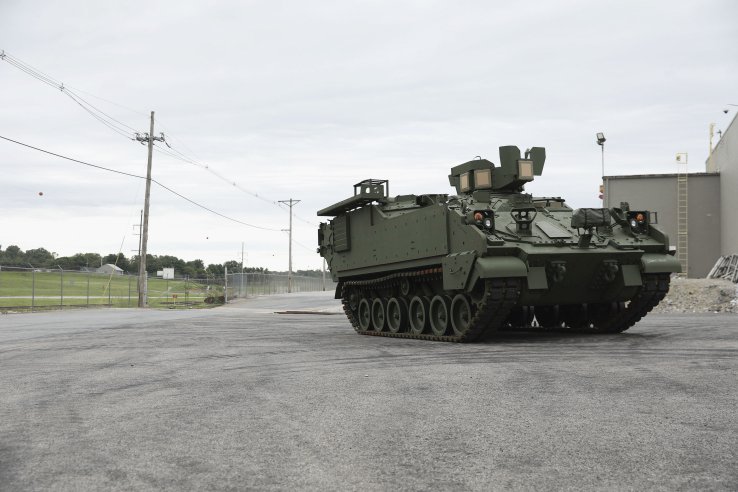 BAE Systems is continuing to deliver Armored Multi-Purpose Vehicles (AMPVs) to the US Army after a d...

The US Army has selected five teams to proceed onward to the next phase of the revamped Optionally M...

The US Marine Corps (USMC) is moving ahead with plans to design a new Advanced Reconnaissance Vehicl...
Request Consultation