Rafael Advanced Defense Systems has delivered the final Trophy active protection system (APS) to the US Army for integration on its line of M1 Abrams main battle tanks.

The company began delivering the systems to the service in September 2019 and its US partner, Leonardo DRS, announced final delivery on 6 January.

“This delivery culminates a multi-year effort by the army to study and rapidly field active protection due to the urgency of the threat and the growing need for improved ground vehicle survivability,” Leonardo DRS wrote.

Trophy, and other kinetic APSs, are designed to shoot down incoming threats such as low-cost, anti-tank guided missiles (ATGMs) and rocket-propelled grenades. Army leaders have been following Trophy development for years but only relatively recently ramped up efforts to find suitable APSs for the M1 Abrams, M2 Bradley, and Stryker lines. After formally evaluating Trophy on the Abrams vehicle the army then opted to buy systems for four brigade combat teams. 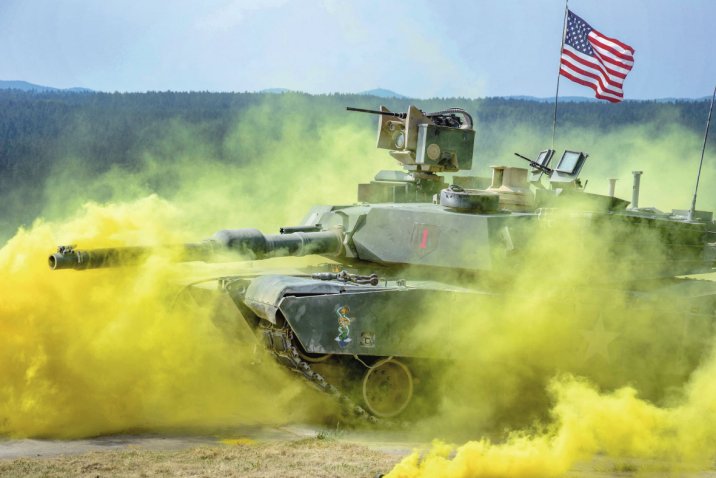 US soldiers in an M1 Abrams tank compete in the Strong Europe Tank Challenge at the Grafenwoehr training area in Germany in June 2018. Rafael recently delivered the final Trophy APS to the US Army for integration on its Abrams fleet. (US Army )

Janes spoke with Lieutenant Colonel Ken Bernier, the product manager for the Abrams line, about Trophy integration in October 2020. At the time, the army was in the process of upgrading Abrams M1A2 System Enhancement Package Version 2 (SEPv2) vehicles to accept the capability.