US approves MV-22s for Indonesia

The US government has approved the sale to Indonesia of eight Bell-Boeing MV-22 Osprey tiltrotor aircraft for an estimated USD2 billion. 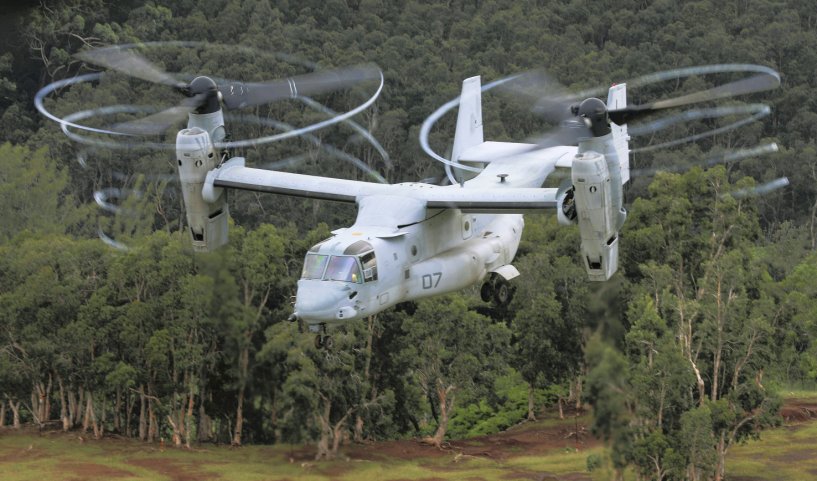 Indonesia plans to acquire eight MV-22 Osprey tiltrotor aircraft, according to Department of State approval for the procurement announced on 6 July. (US Marine Corps)

“This proposed sale will support the foreign policy goals and national security objectives of the United States by improving the security of an important regional partner […] in the Asia-Pacific region. The proposed sale of aircraft and support will enhance Indonesia’s humanitarian and disaster relief capabilities and support amphibious operations, [and] promote burden sharing and interoperability with US forces,” the DSCA said.

The proposed sale must now be approved by Congress before a contract can be signed.

Indonesia has not previously been linked to a possible MV-22 purchase (although Bell has surreptitiously released a computer-generated image of the aircraft in Indonesian markings). However, with a disparate territory covering five main islands spread over an area of nearly 2 million square km, it would benefit greatly from the aircraft’s range, speed and flexibility (it can fly as far and as fast as a fixed-wing aircraft, and then land and take off like a helicopter once it reaches its destination).

The US government has approved the sale to Indonesia of eight Bell-Boeing MV-22 Osprey tiltrotor air...