US approves E-2Ds for France

The US government has approved the sale to France of three Northrop Grumman E-2D Advanced Hawkeye airborne early warning and control (AEW&C) aircraft for USD2 billion. 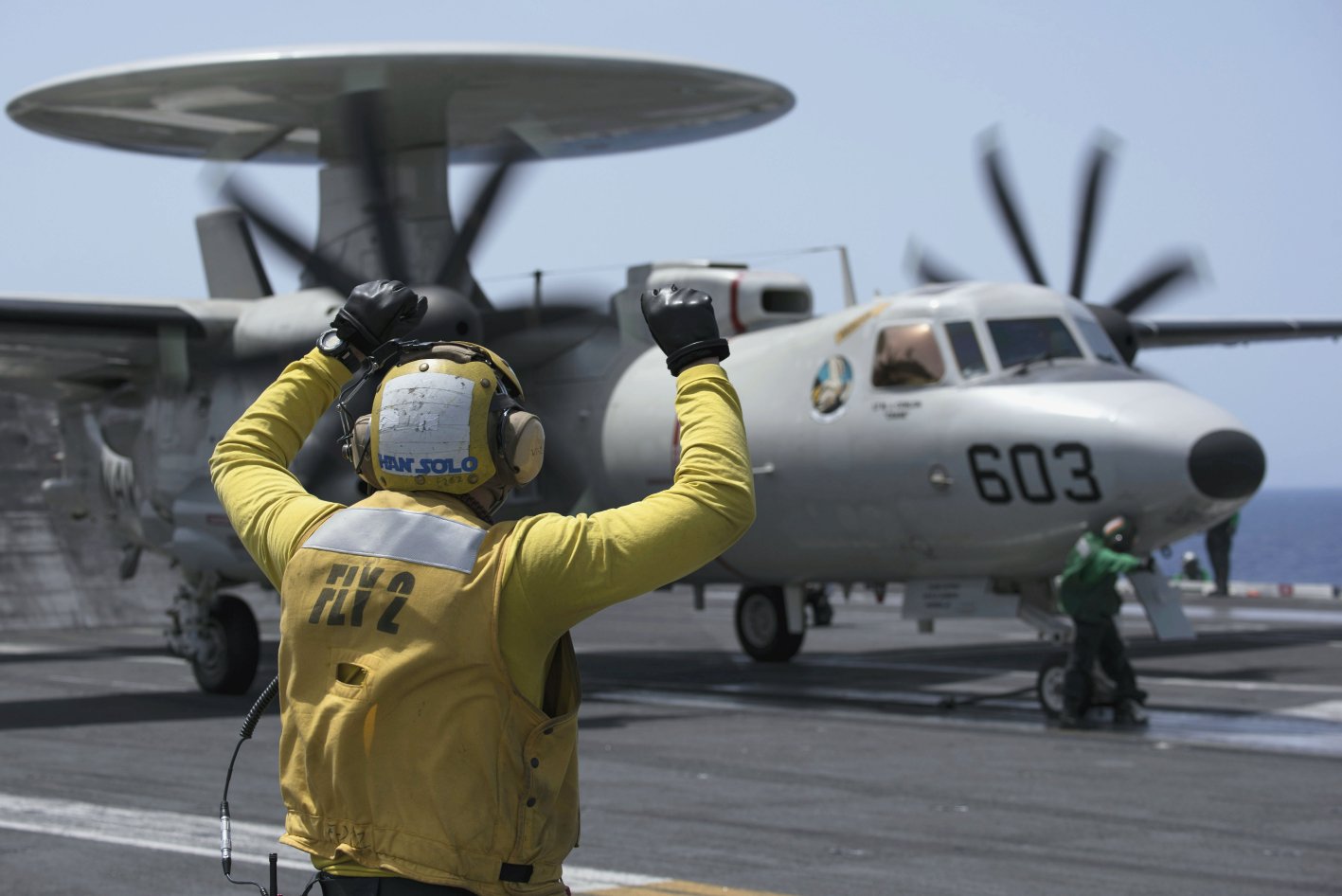 Seen here in US Navy service, the E-2D Advanced Hawkeye is set to join the French Navy also as a replacement for that service’s E-2C platforms. (US Navy)

“The proposed sale will improve France’s capability to meet current and future threats by providing its Naval Air Forces with a sustainable follow-on capability to their current, legacy E-2C Hawkeye aircraft. The E-2D aircraft will continue and expand French naval aviation capabilities and maintain interoperability with US naval forces,” the DSCA said.

As noted in the notification, the French Navy (Marine Nationale) already fields three E-2C Hawkeyes, with Flottille 4F flying the type from the Charles de Gaulle aircraft carrier. As the latest variant of the Hawkeye carrier-based AEW&C aircraft that has been in US naval service since the mid-1960s, the E-2D is built around the more powerful Lockheed Martin AN/APY-9 active electronically scanned array (AESA) radar. As well as providing the fleet with maritime and airspace domain awareness, the E-2D is able to detect, track, and defeat cruise missile threats at extended ranges.

The DSCA notification follows an announcement by the French defence minister in late 2019 that the country was to order three E-2Ds in 2020. The prospective sale to France must now be approved by Congress before a contract can be signed.

The US government has approved the sale to France of three Northrop Grumman E-2D Advanced Hawkeye ai...