The US Air Force (USAF) is seeking a redesigned central interface control unit (CICU) for the Fairchild-Republic A-10C Thunderbolt II close air support (CAS) aircraft and hopes to have it integrated onto the aircraft by the mid-2020s.

The CICU is the brains of the A-10, managing, among other processes, graphics and communications for the pilot. The USAF is looking to manage these functions with increased avionics. 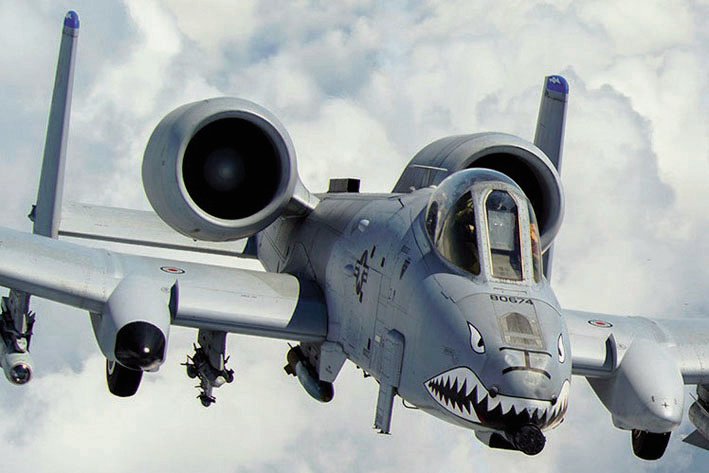 The USAF is seeking to redesign the A-10's CICU. The service has had growing problems with the unit and is looking for increased maintainability and reliability in this redesigned unit. (USAF)

The USAF wants more capability out of random access memory (RAM), processing power, non-volatile memory, and environmental ruggedness, specifically, vibration and heat. The air force also wants a modular solution to be able to grow with the weapon system.

The USAF could procure 281 units plus spares. This includes Air National Guard (ANG) and Air Force Reserve aircraft. The air force has had increasing problems with the current unit and is looking for increased maintainability and reliability to decrease CICU fails, according to documents posted on the Federal Business Opportunities (FBO) website.

The service is concerned with ensuring the electronics on the redesigned CICU will be rugged enough to withstand vibrations from the A-10’s General Electric GAU-8/A Avenger 30 mm seven-barrel cannon gun. As the aircraft was not designed to be an avionics platform, the CICU box has a tight, uncooled location on the outside of the gun, which vibrates when shooting. The air force is pursuing re-procuring circuit cards, among others, as a temporary fix for problematic CICU units.

The US Air Force (USAF) is seeking a redesigned central interface control unit (CICU) for the Fairch...