Boeing is performing, on average, five sweeps per KC-46A Pegasus aerial refuelling tanker aircraft in its effort to contain the foreign object debris (FOD) issue that led to an 11-day halt on aircraft deliveries, according to the US Air Force (USAF).

Will Roper, assistant secretary of the air force for acquisition, technology, and logistics (AT&L) said on 14 March that the service is increasing inspections, both on the KC-46A line and the 767 commercial airliner line at Boeing’s Everett, Washington, production facility. The KC-46A is built from the 767 platform. 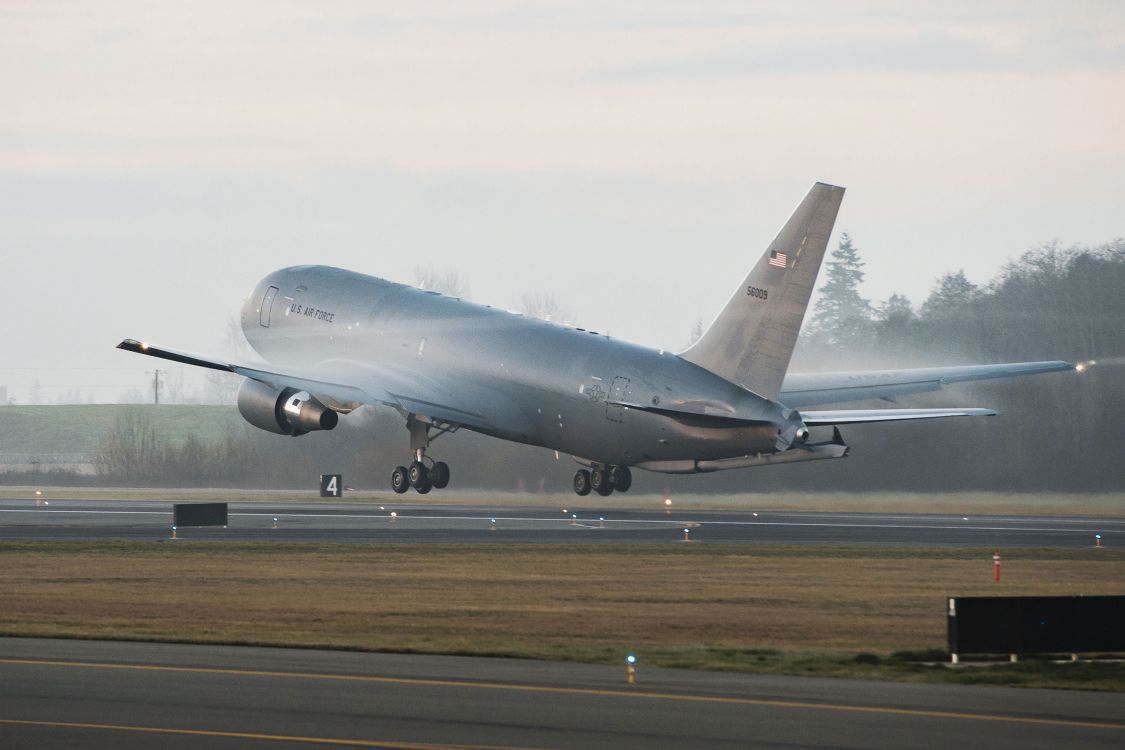 Boeing is performing five foreign object debris sweeps, on average, per KC-46A as it tries to contain FOD concerns that recently led the USAF to stop accepting the aircraft. (Boeing)

Boeing spokesman Charles Ramey said on 14 March that the KC-46A and the 767 come off the same assembly line in the Boeing Commercial Aircraft (BCA) factory. Another facility, he said, is known as the finishing centre, where the aircraft come over from the BCA factory for installation of military systems. Ramey said Roper toured both locations earlier in the week.

The USAF, Roper said, will also perform periodic spot checks and track reduction of FOD from aircraft to aircraft. Roper said the FOD that originally halted deliveries was waste, tools, and nuts and bolts.

Other stipulations placed on Boeing include allowing the Defense Contract Management Agency (DCMA) to make fuller inspections, looking at items before they are sealed up, and tracking all FOD inspections over time to ensure issues are detected earlier on the assembly line. The USAF expects this close inspection of KC-46As to continue for at least a year, maybe more.