The F-16 system programme office has been trying to address an issue with rain pooling on the canopy of the aircraft and reducing pilot visibility. Pilots try to avoid flying through inclement weather, but pop-up storms present an unavoidable risk. Field testing provides limited opportunities to gather data on proposed solutions because pilots avoid flying in such conditions. 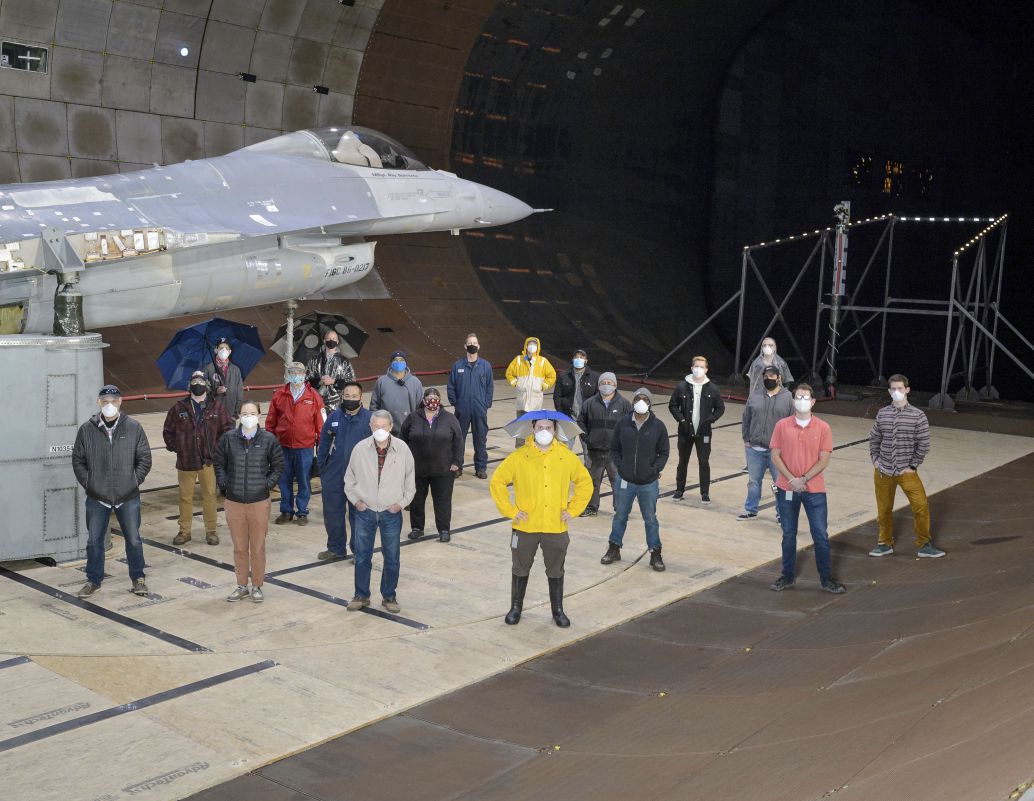 The test team for the F-16 canopy water pooling visibility test stand beside the test article in the National Full-Scale Aerodynamics Complex’s 12x24 m test section on 1 December 2020. The USAF used the wind tunnel to test how to address rain pooling on the aircraft’s canopy and reducing pilot visibility. (NASA)

The testing took place at the Arnold Engineering Development Complex’s (AEDC’s) National Full-Scale Aerodynamics Complex (NFAC) in Moffett Field, California, according to a service statement. There are two wind tunnels at the NFAC: a 12x24 m tunnel and a 24x37 m test section.

The NFAC team was tasked with simulating flight conditions for the F-16 approach, landing and roll-out, and various rain intensities in the facility’s 12x24 m test section. USAF spokesperson Jess Levens said on 1 February that the size of the NFAC facility enables the service to recreate the environment in a controlled manner.

The air force installed the F-16 in the tunnel on struts, built runway lights upstream, and installed a nozzle even further upstream to add rain droplets into the flow. Water was first sprayed onto the test article.