The US Air Force (USAF) needs to explain more clearly to lawmakers how the service will benefit from technologies such as digital engineering to accomplish its modernisation goals, said Will Roper, the assistant secretary for Acquisition, Technology, and Logistics (AT&L), on 14 January.

According to the service’s outgoing acquisition chief, the USAF should stop arguing that it simply needs to retire older platforms without justifying its requests more fully. The USAF wants to divest legacy aircraft such as McDonnell Douglas KC-10A Extender aerial refuellers and Northrop Grumman E-8C Joint Surveillance Target Attack Radar System (JSTARS) platforms. However, Congress, in the fiscal year (FY) 2021 National Defense Authorization Act (NDAA), enacted broad force structure minimums that prevent the USAF from retiring these and other legacy aircraft platforms over the next few years. 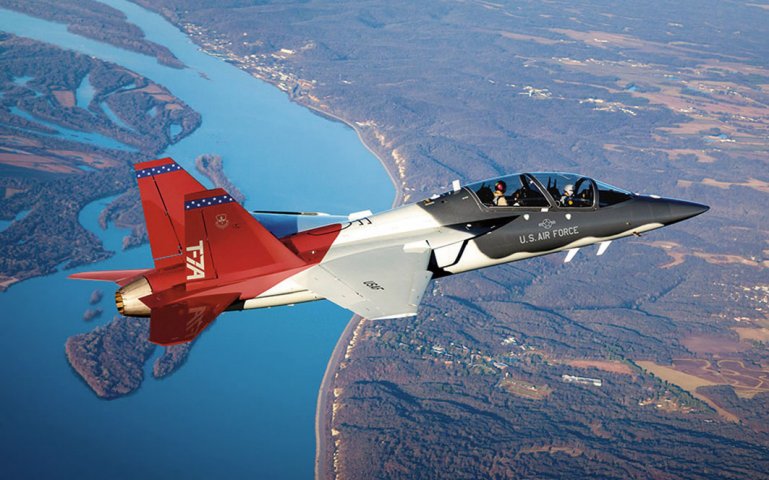 The outgoing USAF acquisition chief believes the service needs to better explain to lawmakers that technologies such as digital engineering, demonstrated in programmes such as the T-7A, can allow the service to develop new platforms faster, better, and cheaper. (Boeing)

“We have been a little guilty of just arguing ‘we need to retire’,” Roper said.

Roper has offered his resignation as the USAF’s acquisition chief ahead of the 20 January inauguration of Joseph Biden as the 46th US president. It is customary for acquisition executives to offer their resignations when an administration changes.

The US Air Force (USAF) needs to explain more clearly to lawmakers how the service will benefit from...