Charles Acknin, company founder and CEO, told Janes on 30 November that the company’s goal is to have its Group 3 vertical take-off and landing (VTOL) aircraft’s wings autonomously fold after take off and before landing. Folding wings are intended to provide better handling and ship storage. 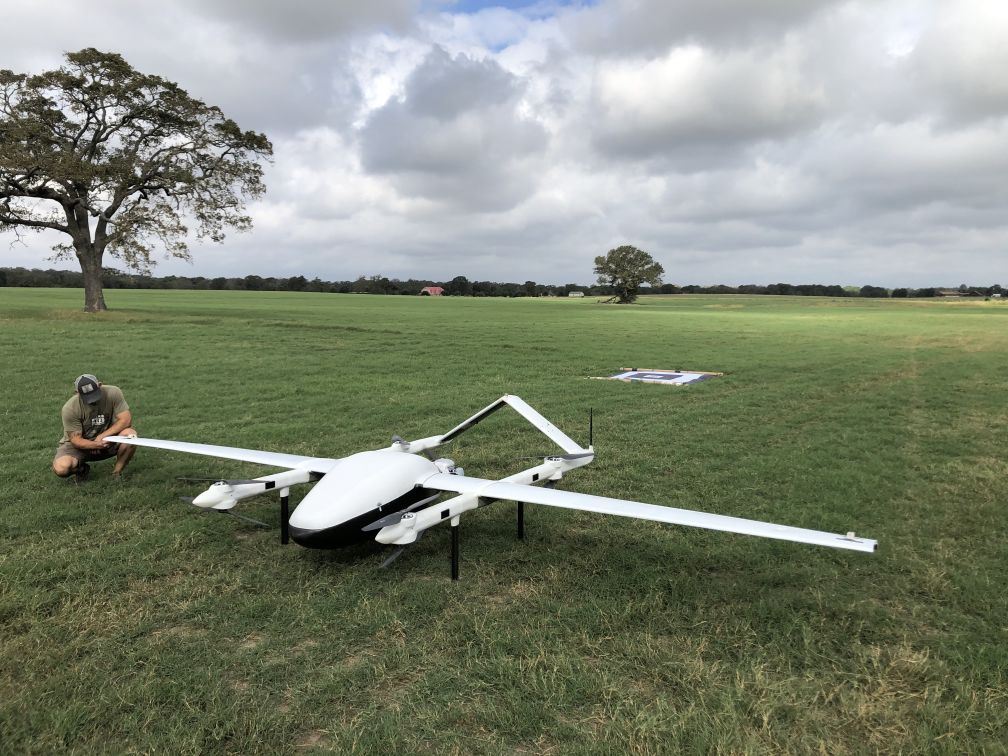 The Skyways Group 3 aircraft selected by the US Navy for its Blue Water Maritime Logistics UAS programme. The company beat out Boeing, which offered the Schiebel S-100 Camcopter, to win the programme’s 2019 other transaction authority award. (Skyways)

The company is experimenting with different concepts, but as Skyways’ Blue Water UAS has four pairs of rotors for VTOL mode, it cannot experiment with the entire spectrum of folding wing possibilities. This includes pulling the wings back toward the tail. Additionally, Acknin said that the Skyways Blue Water UAS’ wings can be fully removed in less than 30 seconds.

Skyways was awarded a USD575,141 other transaction award (OTA) on 29 August 2019 for the Blue Water Maritime Logistics UAS programme, according to the Naval Aviation Systems Consortium (NASC). Skyways’ folding wing work is being performed under a large expansion of the original August 2019 OTA, which Acknin said is now worth four-times its original value.

Skyways, under the August 2019 OTA, developed a dual-propulsion system that is flying on one of its aircraft. Acknin said that this system has electric propulsion for VTOL and a heavy-fuel gasoline engine for the whole duration of cruise flight. Acknin said, for example, 99.9% of a 644 km flight will use the heavy fuel engine.