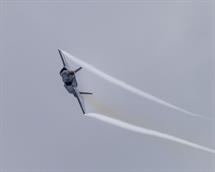 The Pentagon is considering leasing aerial refuelling tankers to mitigate Boeing KC-46A Pegasus tanker delivery delays to the US Air Force (USAF), according to the head of US Transportation Command (USTRANSCOM).

General Stephen Lyons said on 28 January that the aerial refuelling force element across the command is the most stressed. USTRANSCOM is a unified, functional combatant command that provides globally integrated mobility operations and support to the 10 other US combatant commands and military services. 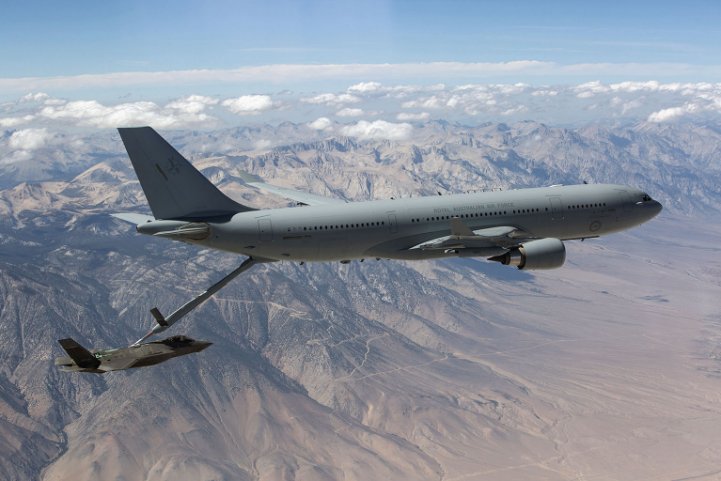 A Royal Australian Air Force (RAAF) Airbus KC-30 (A330 MRTT) refuels a Lockheed Martin F-35A. Airbus and Lockheed Martin are jointly exploring opportunities to offer the A330 MRTT as a leased tanker capability. (US Air Force)

An advantage of leasing tanker capability, he said, would be immediately relieving tanker pressure as the USAF continues to retire Boeing KC-135 Stratotankers and McDonnell Douglas KC-10 Extenders. But Gen Lyons said a disadvantage would be that these leased tankers could not be used in contested or combat environments.

“I think there are opportunities to reduce the tension or stress on that particular force element,” Gen Lyons said at the Atlantic Council think tank.

USTRANSCOM spokesperson Dave Dunn told Jane’s on 30 January that Gen Lyons is open to considering commercial augmentation as a possible solution to what could be a reduction in aerial refuelling capacity resulting from KC-46A delays. USTRANSCOM’s focus, he said, is on meeting the requirements established by the National Defense Strategy, and it is open to commercial augmentation being a part of the solution to mitigating any capacity shortfalls.

The US Department of Defense (DoD) is requesting USD52.4 billion for aircraft and related systems in...

US Special Operations Command (SOCOM) will have candidate platforms for its Armed Overwatch manned a...