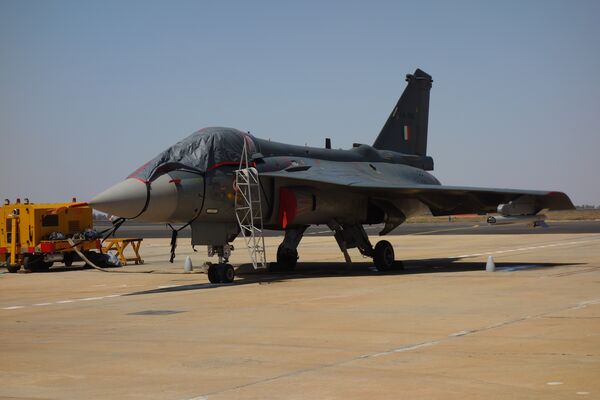 The flight trials of the Mk 1A are largely being conducted in secret as HAL said that the trials are part of the production project. The company said it is keen to adhere to delivery schedules for the Indian Air Force. (Akshara Parakala/Janes)

India has been conducting flight trials of the Mk 1A variant of its domestically developed light combat aircraft (LCA) Tejas.

The manufacturer,Hindustan Aeronautics Limited (HAL), confirmed that the first Mk 1A entered flight-testing in April. Speaking to Janes, a HAL source said that the aircraft under flight-testing is SP25, a Final Operational Clearance (FOC) block aircraft that was manufactured by HAL in 2020.

“This aircraft has been modified to the Mk 1A standard and will serve as the test platform for the production line of Mk 1As,” the HAL source said.

The flight trials have not been made public because HAL said the flights are part of production activities. “We are geared towards ensuring that the aircraft are delivered to the Indian Air Force (IAF) on time and on schedule by 2024,” the HAL source said.

On 13 January 2021 the Indian government approved the acquisition of 73 Tejas Mk 1A fighter aircraft and 10 LCA Tejas Mk 1 trainer aircraft for a contract value of INR480 billion (USD6.07 billion). This includes design and development of infrastructure and manufacturing. HAL is required to deliver the first three aircraft in 2024 and 16 aircraft annually for the next five years.

The state-owned aircraft manufacturer has been earlier criticised for slow deliveries of the Mk 1A to the IAF. The Mk 1A is a programme intended for improving the operational capabilities of the Tejas, based on feedback from the IAF.

India has been conducting flight trials of the Mk 1A variant of its domestically developed light com...