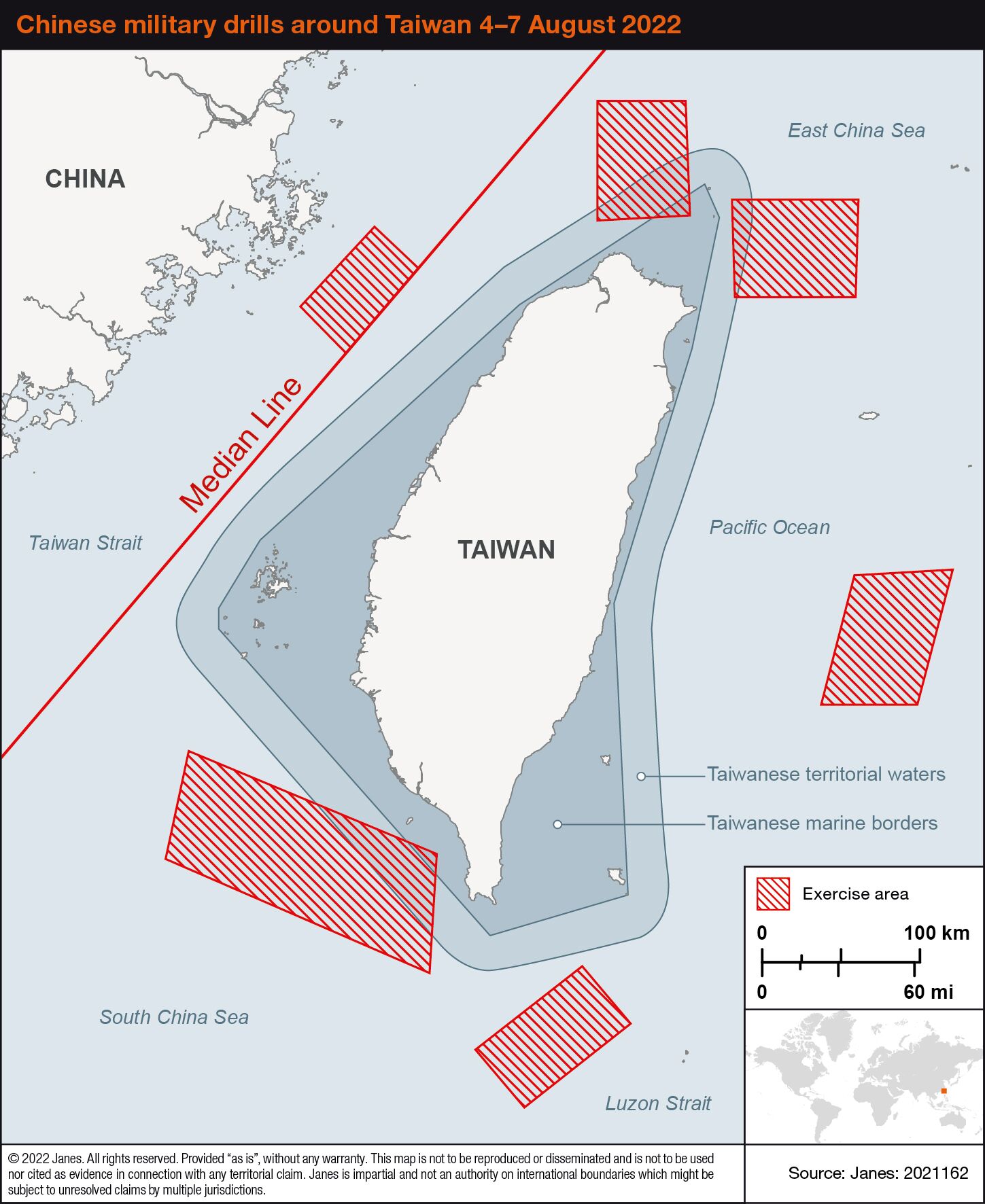 Chinese military drills around Taiwan from 4 to 7 August 2022. (Janes)

China's People's Liberation Army (PLA) has announced an expansive series of military exercises around Taiwan following a highly controversial visit by US House Speaker Nancy Pelosi to the island.

The exercises will be conducted from 4 to 7 August at six demarcated areas around the Taiwan island, said China's state-sponsored Xinhua News Agency on 2 August, hours after Pelosi landed in Taipei. The agency has also released the co-ordinates of the areas where the exercises will take place.

The co-ordinates indicate that all the demarcated areas are located either on or beyond the median line of the Taiwan Strait. Entry by either vessels or aircraft into these demarcated areas is prohibited for safety reasons, said the notice published by Xinhua.

The agency has not released further details of these drills. However, a statement from China Defense Ministry spokesperson Wu Qian, issued on 2 August, described the exercises as “a series of targeted military operations” to “thwart the interference by external forces and the separatist schemes for Taiwan independence”.

He has also indicated that the PLA is now on “high alert” following Pelosi's arrival in Taipei and that the drills will involve the firing of long-range weapons including missiles.

In the days leading up to Pelosi's trip, the PLA had also organised flights of combat and support aircraft in an apparent show of force. The flights, which included simulated night-time combat operations, were conducted to imbue their pilots with the ability to “quickly enter combat status for abnormal situations at any time”, reads a report from Global Times on 2 August.