Next article
US Army to downselect potential Shadow UAV replacements

The Sikorsky CH-53K King Stallion heavy-lift helicopter will miss its initial operating capability (IOC) date of December 2019 as the Program Office plans a “major schedule revision” to rectify faults discovered during testing, the US Office of the Director, Operational Test and Evaluation (DOT&E) reported on 31 January. 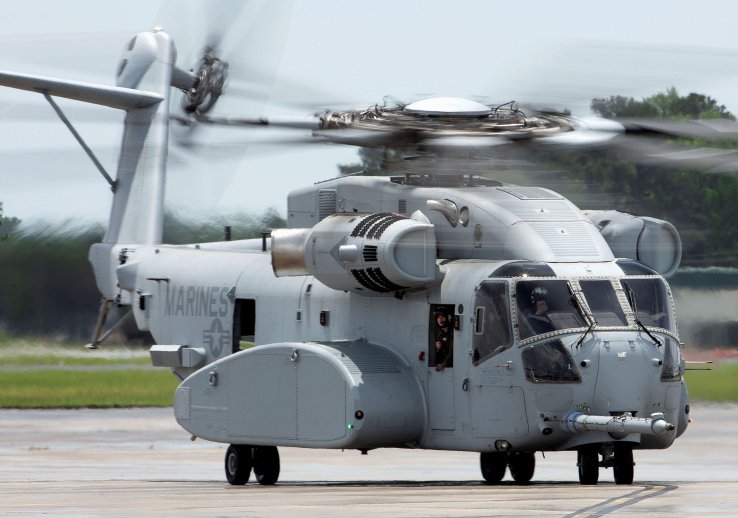 The USMC is to receive 200 CH-53K heavy-lift helicopters. IOC was due to be declared at the end of this year, but is now set to be delayed because of technical deficiencies discovered during testing. (US DoD)

The fiscal year (FY) 2018 DOT&E report for the helicopter listed a litany of faults that must be corrected before IOC can be declared.

“The late December 2019 IOC will be delayed. Current projections estimate that IOT&E will start in early 2021 due to the need to correct multiple design deficiencies discovered during early testing. These include: airspeed indication anomalies, low reliability of main rotor gearbox, hot gas impingement on aircraft structures, tail boom and tail rotor structural problems, overheating of main rotor dampers, fuel system anomalies, high temperatures in the [number] 2 engine bay, and hot gas ingestion by the [number] 2 engine, which could reduce available power. The Program Office is working a major schedule revision,” the report said.

As noted in the report, a crucial reason for the delay is that the Program Office lacks sufficient funding to complete the system development and demonstration (SDD) phase within the original timeline because of these and other technical problems that have extended SDD beyond original projections. “SDD must be fully funded as soon as possible [if the IOC date is not to be missed],” the report said. IOC is defined by the US Marine Corps (USMC) as having four aircraft that can be deployed with trained crews and maintainers.