The UGV has been specially designed for use in hot climates and has undergone extensive use in the French-led operation `Barkhane’, which began in 2019 and during which the system traversed distances of more than 1,000 km in challenging terrain – including sand and rocky surfaces – and operated in temperatures exceeding 50˚C. 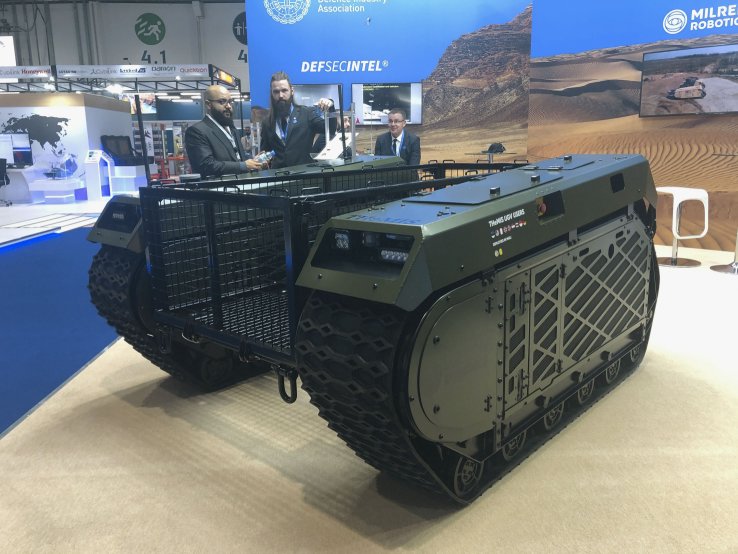 The fifth-generation THeMIS UGV on display at UMEX 2020. (Jane’s/Melanie Rovery)

“Just a few years ago we tested the prototype of our unmanned vehicle for durability in hot conditions,” stated Kuldar Väärsi, chief executive officer of Milrem Robotics. “Today we are presenting a mature and robust product that has proven itself in extreme hot climates.”

THeMIS is a tracked, hybrid system designed to be able to carry a range of payloads for a variety of functions. Milrem Robotics has partnered with over a dozen defence manufacturers to integrate a variety of payloads, including remote weapon stations (RWSs), tethered unmanned aircraft systems (UASs), electro-optical/infrared (EO/IR) sensors, counter-improvised explosive device (C-IED) systems, and missiles.