Developed by Ukrainian company CDET, RAM was jointly showcased by Ukraine's Spetstekhnoexport and the UAE's International Golden Group at the recent UMEX 2020 show held in Abu Dhabi, in the United Arab Emirates (UAE), on 23-25 February.

Designed for both attack and reconnaissance missions, the munition can be equipped with three modular variable weight (2 to 4 kg) warheads: a high-explosive fragmentation warhead with 150 submunitions (designed for engaging infantry in the open, and soft-skin vehicles in a 45 m² radius); a thermobaric explosive device (intended for destruction of field installations in a 15 m² radius); and a high-explosive anti-tank warhead with an armour-piercing capability of 40 mm. 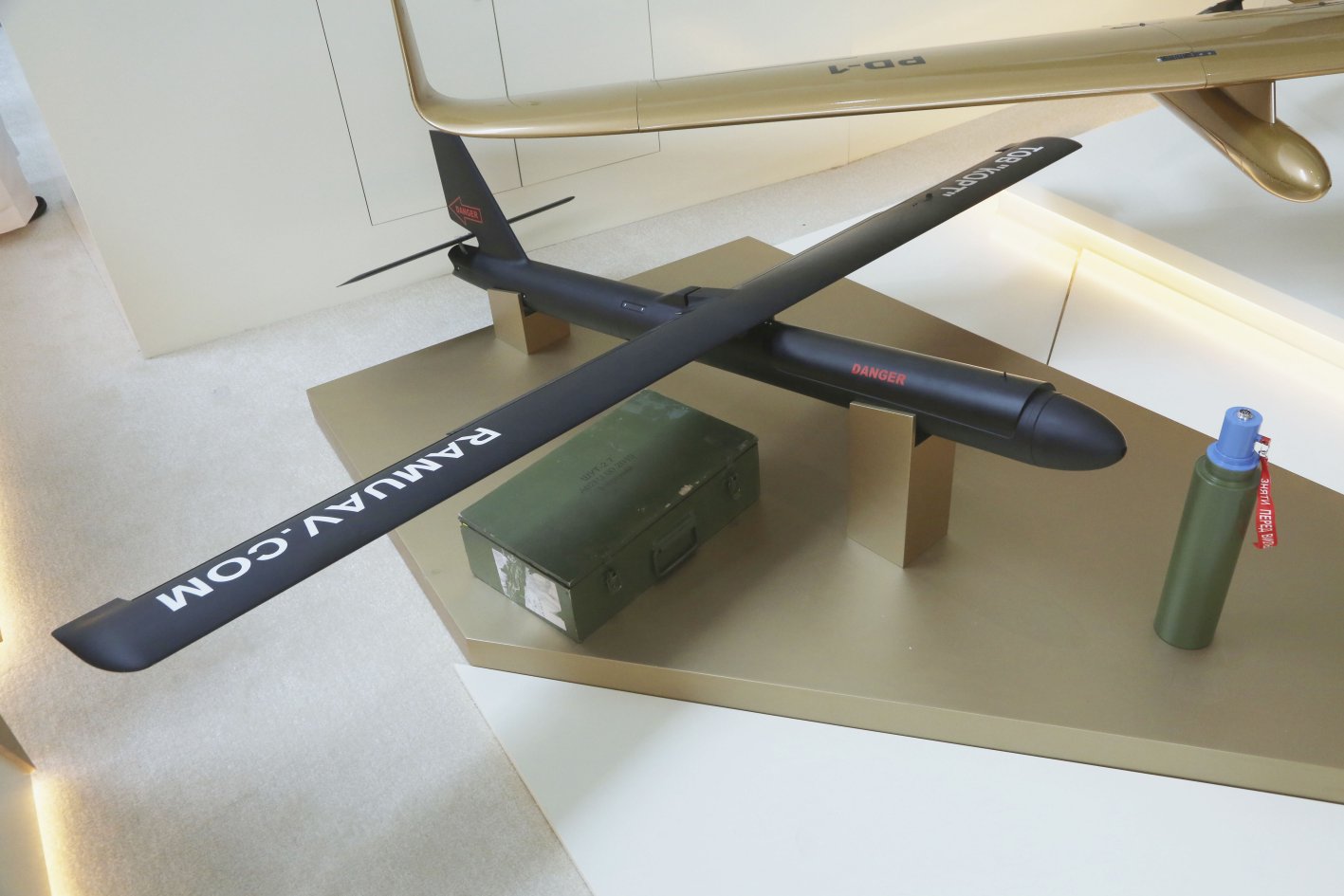 CDET claims that the RAM can be employed in an urban environment with the lowest collateral damage possible. A representative of Spetstekhnoexport told Janes that the RAM has a circular error probable of no more than 1 m, and can engage moving targets.

The RAM's sensor suite is based on an active target tracker and a gyrostabilised optical-electronic high-definition camera with 10× optical zoom. The camera detects a target, acquires it in real-time mode, and guides the munition. The munition is also fitted with a two-way encrypted datalink.