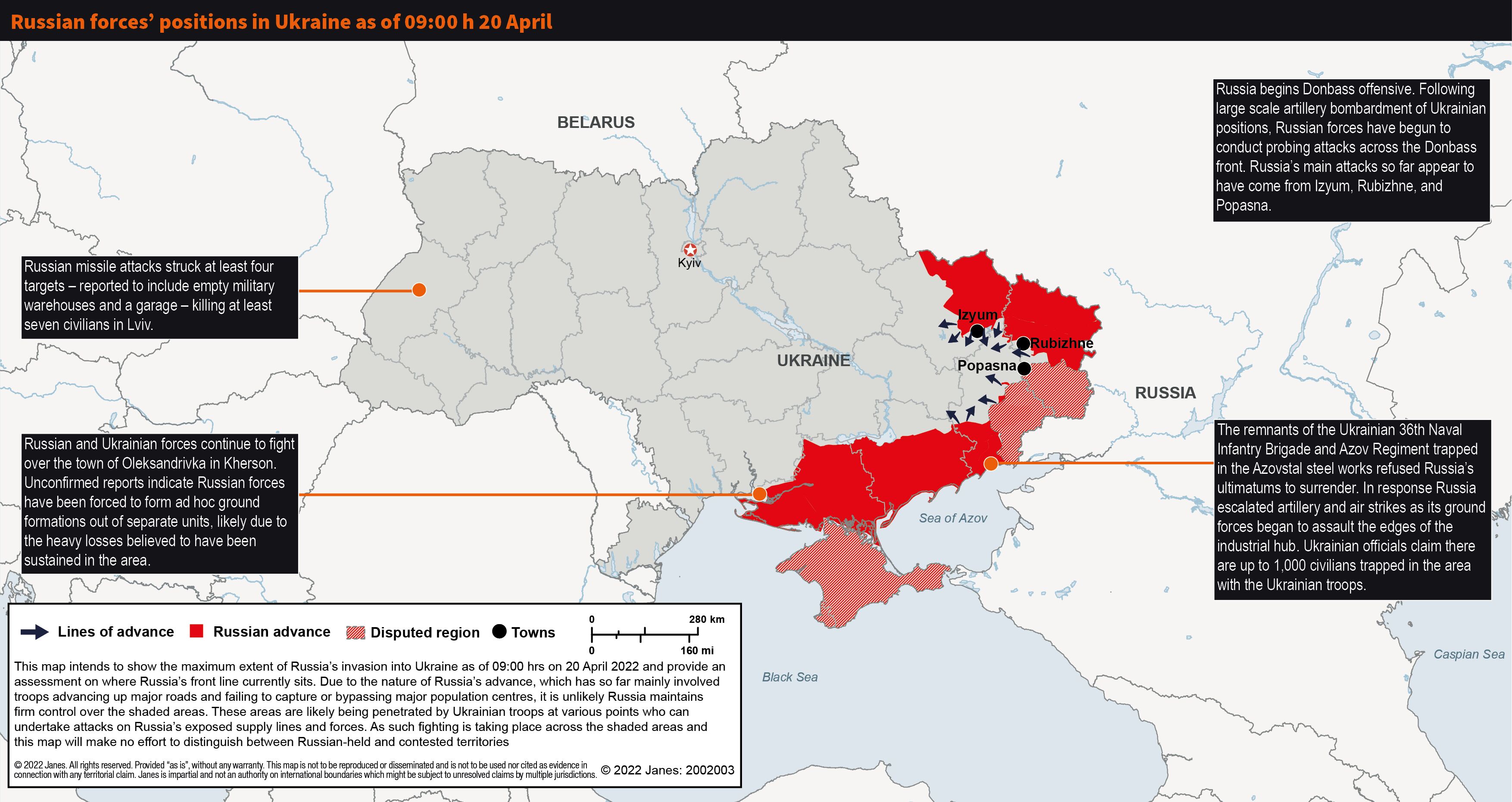 The Ukraine conflict has entered its second phase with Russia launching its offensive in Donbas. The main Russian pushes are south from Izyum in Ukraine's Kharkiv Oblast and around Rubizhne/Severodonetsk in Luhansk. There are other similar Russian pushes in southern Ukraine.

Russian President Vladimir Putin on 21 April cancelled the assault on the Azovstal steel plant in Mariupol and instead ordered that it be blocked off “so that a fly wouldn't be able to get out [because] what is more important is preserving the lives and health of our soldiers and officers”, TASS reported the same day. The cancellation of the assault came after the Russians intensified air strikes on the plant where the Ukrainian 36th Naval Infantry Brigade and Azov Regiment are trapped along with up to 1,000 civilians. Western officials said on 21 April that the inability by Russia to take Mariupol is preventing the envelopment of Ukrainian forces, which they described as “not a trivial task”.

The Ukrainians appear to be using the same tactics as they have since the beginning of the war, attempting to avoid the Russians in open force-on-force combat and instead conducting ambushes and hitting supply routes. Western officials said that the Ukrainians were operating in “a smart way” and the Russians were showing some improvement in the areas of command and control, the use of unmanned aerial vehicles, and co-ordination of artillery with manoeuvre units, as well as increasing their use of electronic warfare.

The Ukraine conflict has entered its second phase with Russia launching its offensive in Donbas. The...