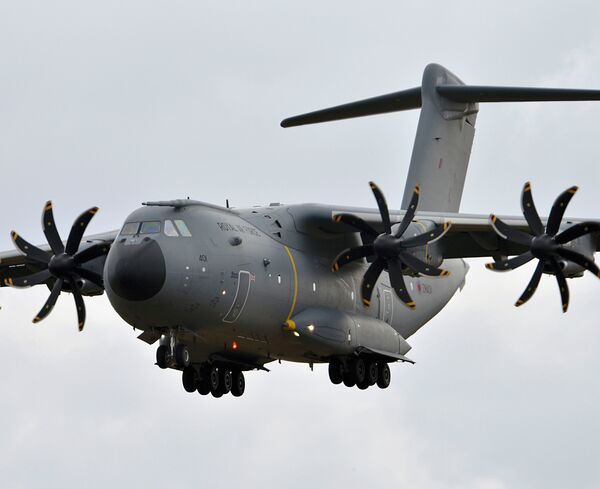 The RAF is to shortly stand-up 30 Squadron at its second operational A400M unit after 70 Sqn. (Janes/Patrick Allen)

The United Kingdom is to name 30 Squadron as its second operational unit for operating the Airbus Defence and Space (DS) A400M Atlas transport aircraft.

The new unit is set to be stood up at the type's main operating base at RAF Brize Norton in Oxfordshire later in the month, it was announced on 9 September by the official heading up delivery of the type's capabilities to the Royal Air Force (RAF).

With 70 Sqn the RAF's only current operational unit for the A400M, 206 Sqn is rolling out the aircraft's capabilities while 24 Sqn is training crews. While it had long been anticipated that 30 Sqn would be named as the type's second operational unit, the announcement on the official twitter account is the first official confirmation that this will be the new unit and that its reconstitution (it was previously assigned the Lockheed Martin C-130 Hercules until its disbandment in 2016) is imminent.

As previously explained to Janes , the RAF is assigning roles to its crews depending on their particular skillsets and competencies – all crew members will be cleared to conduct global strategic airlift operations for the A400M; a number of higher-performing personnel will then be trained in tactical operations; some of the more advanced of these tactically trained operators set to be trained to conduct special forces missions.

The UK has, to date, received 20 of its 22 A400M aircraft with deliveries set to conclude in the coming months.

The United Kingdom is to name 30 Squadron as its second operational unit for operating the Airbus De...