Next article
Saudi military fends off surge in Houthi attacks

Novel radar bathymetry software that enables surface radar returns to profile the seabed has been trialled on board the UK Royal Navy (RN) survey craft HMS Magpie, according to the RN.

Jointly developed by the National Oceanography Centre (NOC) in Liverpool and the Defence Science and Technology Laboratory, the software analyses sea clutter images produced by waves on a standard X-band marine navigation radar to generate a bathymetric profile and surface current assessment. This means that a detailed bathymetric profile can be output in a matter of hours without the need for the vessel to physically sail over the area being surveyed. 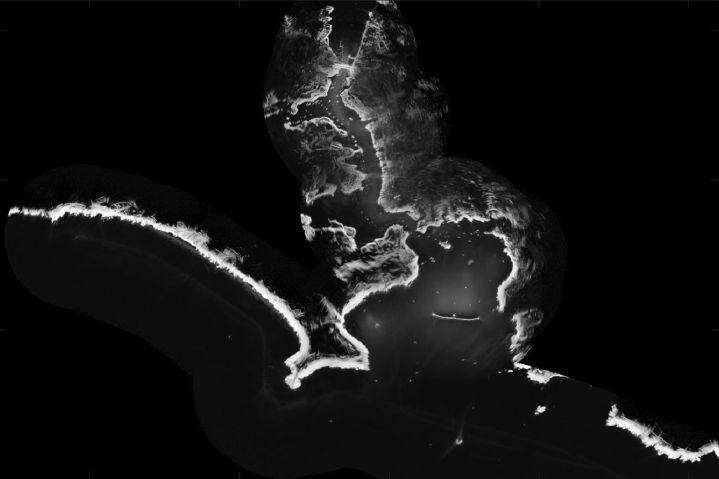 A shoreline map of Plymouth Sound and harbour generated by the software trialled on HMS Magpie . (Royal Navy)

Magpie undertook trials of the new radar software during trials off Plymouth Sound earlier this year using a standard X-band radar system temporarily installed on a roof rack assembly. According to the RN, it took just a few hours to map the sea floor on the approaches to Plymouth using radar, whereas it might have taken two weeks to capture sonar bathymetry.

While radar bathymetry is not as detailed or accurate as sonar bathymetry, and is only effective in waters close to shore, the technique could allow the rapid remote charting of both shallow water and currents from a distance of several nautical miles. This could be valuable, said the RN, in situations demanding a rapid assessment of the seabed: for example, an amphibious landing on or evacuation from poorly/uncharted coast, or after a natural disaster where possible changes in the seabed could prevent access to harbours or beaches.

Novel radar bathymetry software that enables surface radar returns to profile the seabed has been tr...