The United Kingdom has rolled out an Airbus A330 Voyager tanker-transport aircraft painted in a special VIP livery for use by senior government officials and members of the royal family. 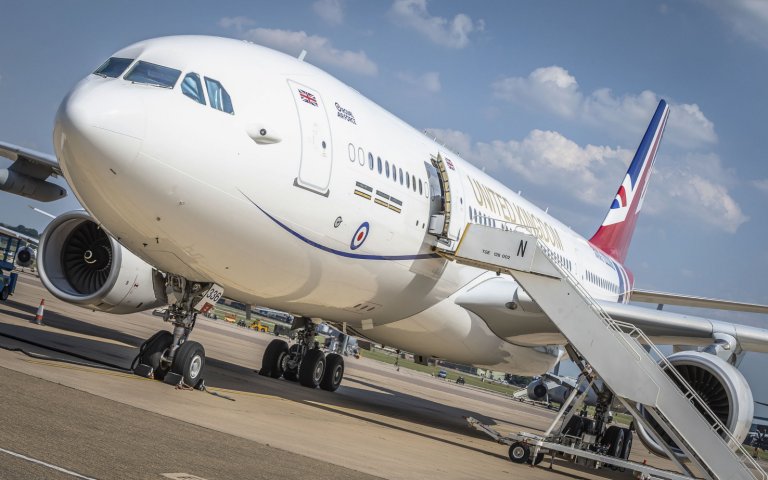 Seen on its public debut, Voyager ZZ336 has been bedecked in a bespoke livery for the VIP role, although ministers and military officials insist it will not affect the aircraft’s operational role as a tanker-transport. (Crown Copyright)

The aircraft, named ‘Vespina’, made its debut appearance in its bespoke GBP900,000 (USD1.1 million) paint scheme at the Marshall Aerospace and Defence Group facility in Cambridgeshire on 25 June.

“The aircraft now proudly displays the Union Flag alongside Royal Air Force markings and is ready to represent the UK across the globe,” the Ministry of Defence (MoD) said.

The United Kingdom has rolled out an Airbus A330 Voyager tanker-transport aircraft painted in a spec...