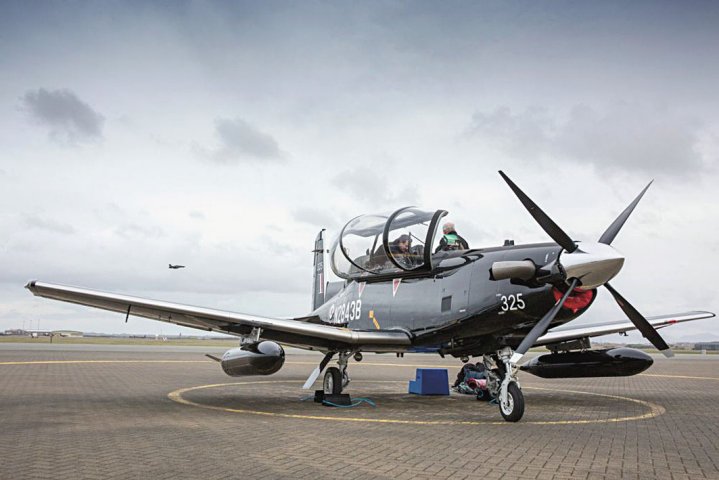 The additional aircraft arrived at Royal Air Force (RAF) Valley on the Welsh island of Anglesey on 3 November, from where they will be used by Affinity Flying Services Limited to deliver the Fixed-Wing portion of the UKMFTS programme for RAF and Royal Navy (RN) pilots. Affinity is a 50/50 joint venture of Elbit Systems UK and Kellogg Brown and Root Limited.

News of the new arrivals came nearly three years after the first of the original 10 aircraft were delivered to RAF Valley under Affinity’s GBP500 million (USD721 million at the time of the contract signature in February 2016) award to provide fixed-wing pilot training to the UK Ministry of Defence (MoD) and its Ascent Flight Training partner.

The Texan II forms the second in a three-node training system that sees students perform their primary flight training on Grob 120TP Prefect piston-engined platforms before progressing onto the Texan II and then the BAE Systems Hawk T2.