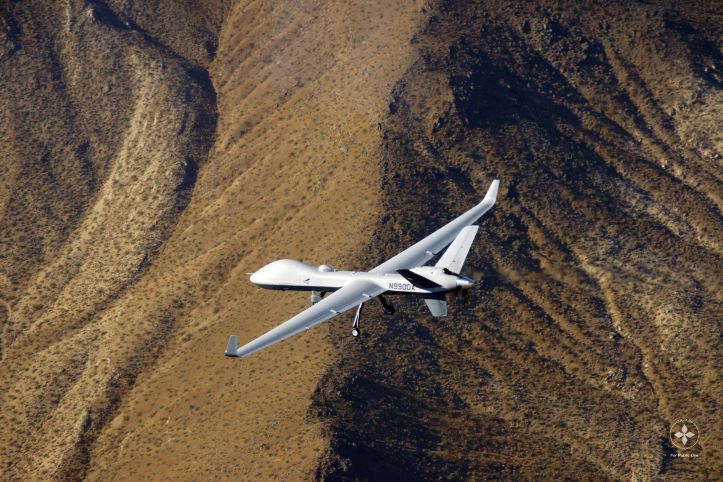 The first of a contracted three Protector UAVs for the RAF made its maiden flight in the United States on 25 September. (Crown Copyright)

The milestone, which took place in the United States on 25 September, came about two and a half months after UK Defence Secretary Ben Wallace revealed on 15 July that a GBP65 million (USD82 million) deal had been signed for three Protector UAVs for the Royal Air Force (RAF). With options for a further 13 set to follow, the RAF has a planned fleet of 16 air vehicles (the UK government has a stated requirement for 20, although a US Defense Security Cooperation Agency notification of the proposed Protector sale has put the number at 26).

“The inaugural flight of the UK’s first Protector is an exciting and welcome step in the development of our ground-breaking fleet. With increased range and endurance, greater intelligence, surveillance, and reconnaissance [ISR] and weapons capacity, and improved weather resilience, Protector will play a vital intelligence and deterrent role in countering future threats,” defence minister Jeremy Quin was quoted as saying.

This first Protector aircraft, known by GA-ASI as BC04/UK1, will remain in the US to support system testing as part of a combined UK MoD, US Air Force, and GA-ASI test team. Upon completion of this initial testing, it will be delivered to the MoD in mid-2021 but will remain in the US to complete the RAF’s test and evaluation programme before the capability is declared operational in 2024.