The UK parliament has requested that the Ministry of Defence (MoD) urgently provide it with programmatic cost updates on the Lockheed Martin F-35B Lightning procurement programme as part of wider concerns with a lack of funding for the Royal Navy’s (RN’s) Carrier Strike capability. 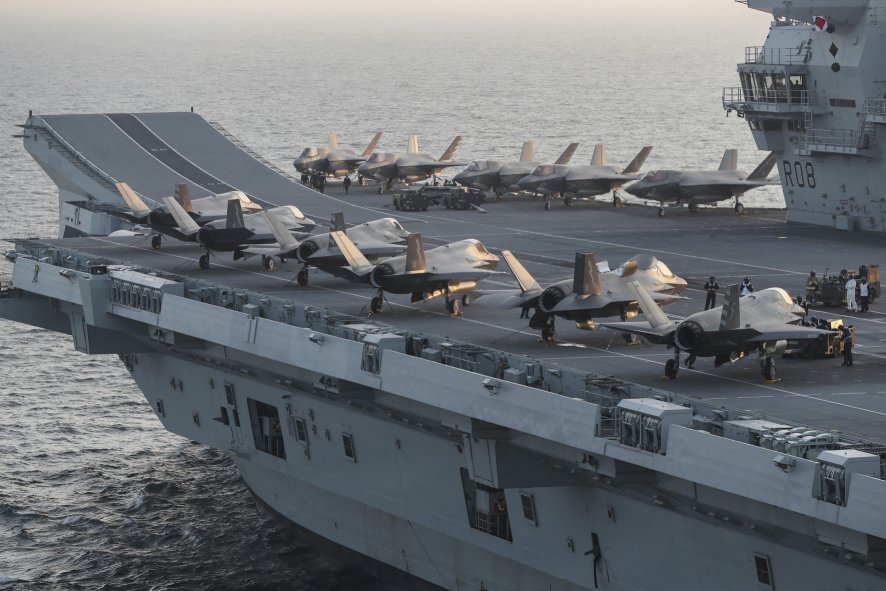 Seen aboard HMS Queen Elizabeth during recent joint UK-US Marine Corps training exercises, the F-35B is the subject of concern for the House of Commons Public Accounts Committee in its latest report on Carrier Strike. (Crown Copyright)

The request was made in a House of Commons Public Accounts Committee (PAC) report titled ‘Delivering Carrier Strike: 23rd Report of Session 2019–2021’ that was published on 13 November. In the report, which addressed what it described as a failure by the MoD to provide the capabilities essential for the RN’s two new Queen Elizabeth-class aircraft carriers, the PAC outlined a series of concerns with regard to the number of F-35Bs that will be needed, as well as the United Kingdom’s ability to pay for them.

“The [MoD] acknowledges that it will need more than the 48 Lightning jets it has ordered so far to sustain Carrier Strike operations through to the 2050s and beyond. It originally intended to buy 138 aircraft, but its assumptions for using the carriers have changed since [the Strategic Defence and Security Review (SDSR) of] 2015 and it failed to give us a clear answer on how many more jets it now needs,” the committee said. The MoD regards Carrier Strike’s full operating capability as being two UK Lightning squadrons of up to 24 jets operating from either HMS Queen Elizabeth or HMS Prince of Wales , which it aims to achieve by the end of 2023.

The UK parliament has requested that the Ministry of Defence (MoD) urgently provide it with programm...

Leonardo has ended its depth support of the UK fleet of AgustaWestland-Boeing WAH-64 Apache AH1 atta...

Airbus goes on offensive over ‘too Chinese' H175 offering for UK

Airbus has hit out over claims that the H175 platform is ‘too Chinese' for the UK's New Medium Helic...