UK includes Future Vertical Lift in modernisation agreement with US

The United Kingdom government has included the Future Vertical Lift (FVL) programme in a wider agreement on capability and equipment modernisation with the United States. 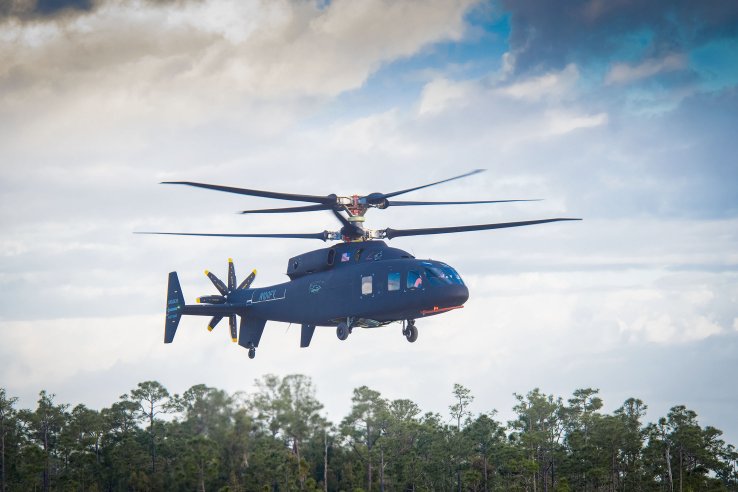 Along with the Bell V-280 Valor, the SB>1 Defiant (pictured) is one of two flying demonstrators for the FLRAA element of the US Army’s FVL programme. The UK has included the programme in a modernisation agreement signed with the US. (Sikorsky-Boeing)

Signed on 14 July, the agreement, which also includes a range of ground-based military systems, marked the first formal expression of UK interest in the US Army programme to develop the next-generation of battlefield rotorcraft for the 2030s and beyond.

“The agreement is a sign of intent to formalise a number of ongoing initiatives between the two [nations’] armies, boosting opportunities to co-operate effectively as modern warfare continues to evolve,” the UK Ministry of Defence (MoD) said. “Key cutting-edge capabilities have been identified for closer collaboration to help narrow the gaps between UK and US forces so we can operate seamlessly together in future battlespaces.”

The US Army’s FVL programme covers the Future Attack Reconnaissance Aircraft (FARA) and the Future Long-Range Assault Aircraft (FLRAA). For the US Army, FARA is seeking to develop a scout-class of rotorcraft to fulfil the role previously undertaken by the now-retired Bell OH-58D Kiowa Warrior, while for the FLRAA effort the service is seeking to replace a number of its Sikorsky UH-60 Black Hawk transport and Boeing AH-64 Apache attack helicopters. Also, an FVL-Heavy effort is envisaged to eventually replace the Boeing CH-47 Chinook in about 2060.

The United Kingdom government has included the Future Vertical Lift (FVL) programme in a wider agree...