UK confirms Sentinel sale to US 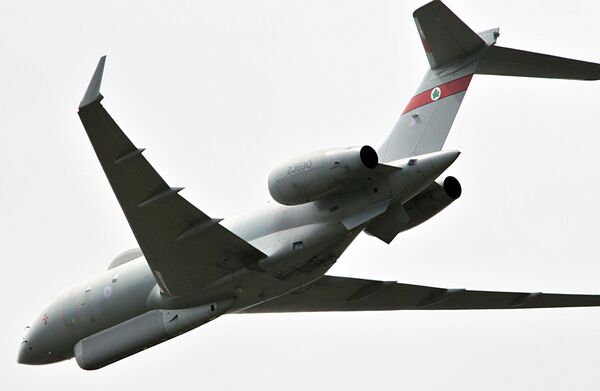 The UK has sold its retired Sentinel R1 fleet to the US, though the final completion of the sale is dependent on at least one of the five grounded aircraft being returned to full-flight status. (Janes/Patrick Allen)

The United Kingdom has sold its retired fleet of Raytheon Sentinel R1 Airborne Stand-Off Radar (ASTOR) wide-area ground-surveillance aircraft to the United States, it was confirmed on 30 November.

Answering questions in parliament, Minister of State for Defence Procurement Jeremy Quin confirmed media reports that the aircraft retired by the Royal Air Force (RAF) earlier in 2021 had been sold, reportedly for use by the US Army. He qualified his statement, however, by noting that at least one of the five unairworthy aircraft has to be returned to a flight status for the deal to be completed.

“The Defence Equipment Sales Authority [DESA] has sold the retired Sentinel R1 fleet of five aircraft to a US consortium of three companies– Springfield Air, Raytheon US, and Bombardier,” Quin said. “The aircraft are not currently in an airworthy condition and the potential receipt to defence will depend upon the ability of the consortium to regenerate and fly at least one aircraft. I am withholding the value of the sale as it may prejudice commercial interests.”