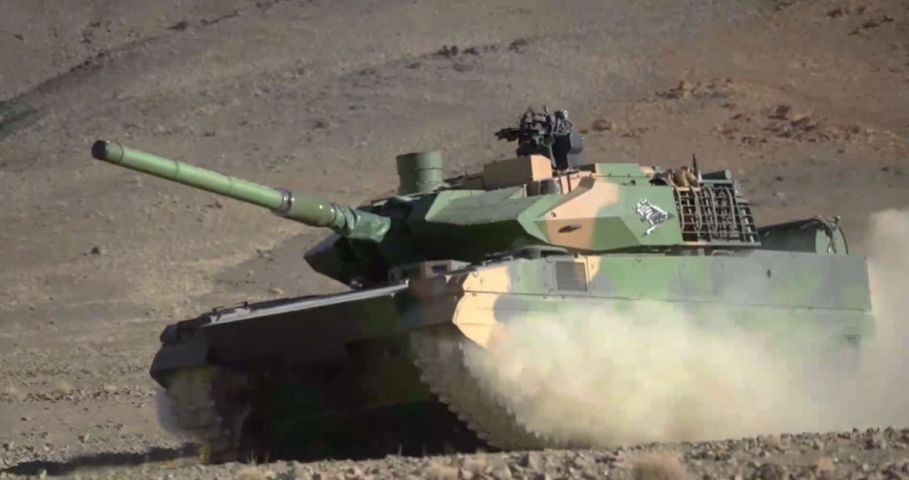 A screengrab from CCTV footage released on 30 January. The media outlet revealed that same day that the Norinco Type 15 lightweight tank (pictured here) has entered service with the PLAGF’s Xinjiang Military District. (CCTV)

In its ‘Military Report’ programme China Central Television (CCTV) noted that an undisclosed number of Type 15s was recently delivered to a PLAGF regiment in Xinjiang, making it “the first lightweight tank to join the military command”.

It said the Type 15s deployed to the district have been fitted with new “plateau” engines and oxygen-production equipment to enable the vehicles and their crews to operate more efficiently at altitudes of more than 4,300 m above sea level.

No details were provided about the number of Type 15s on order for the command but CCTV showed at least 10 examples being transported to a training ground in Xinjiang.

Also shown was a medical evacuation variant of the ZBL-09 8×8 armoured fighting vehicle being handed over to the command.

CCTV said that the new vehicles are expected to “greatly enhance the combat capabilities” of troops operating in the region.

Designed to operate in mountainous areas and over terrain that requires a low track pressure, the Type 15, which according to the Ministry of National Defense (MND) officially entered PLA service in late 2018, is also known to be fielded by the Tibet Military Command, which is responsible for deterring and confronting India on the Tibetan Plateau, and the 75th Group Army, which is responsible for guarding China’s ‘southern gate’.